Suspect in custody in Craigslist disappearance 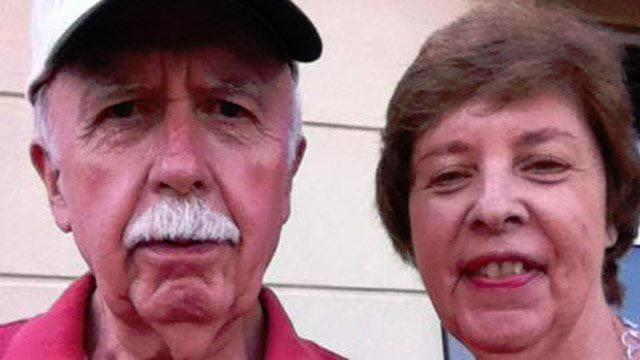 ATLANTA (CNN) -- The suspect sought in connection with the disappearance of a Marietta, Georgia, couple who had posted a Craigslist ad turned himself in Monday morning, the Telfair County Sheriff's Office said on its Facebook page.

A team of more than 100 people continues to search for the missing couple, and deputies are contacting land owners and hunters familiar with the area to determine if they've seen anything suspicious, Telfair County Sheriff Chris Steverson said.

\"There are search teams out today on the water, ATV, foot and in the air,\" he said, adding that the FBI and Georgia Bureau of Investigation are assisting with the search.

Authorities said earlier that Ronnie \"Jay\" Adrian Towns, 28, was wanted on charges of giving false statements and criminal attempt to commit theft by deception. His family was integral in securing his surrender, Steverson said.

Elrey \"Bud\" Runion, 69, and his wife, June, 66, placed an ad looking for a 1966 Mustang on the advertisements website and went missing after contacting a car seller on Craigslist.

They drove to the South Georgia town of McRae from Marietta, an Atlanta suburb, on Thursday to meet someone who responded to the ad, relatives said.

No one has heard from them since.

\"He was excited about the car. He had one when he got back from Vietnam,\" daughter Stephanie Bishop told CNN affiliate WSB-TV in Atlanta.

Asked if Towns owned a Mustang like the one the Runions were looking for, Steverson replied, \"He does not. We feel that the entire communication he had with Mr. Runion was deceptive.\"

Relatives filed a missing persons report after the couple failed to show up to baby-sit their grandchildren the next day.

Towns, 28, was the \"last known communications\" with Runion, Steverson said.

Towns turned himself in just before noon Monday. He \"is currently in custody and no further details are available at this time. Details will be posted as they become available,\" the Facebook page for the sheriff's office said.

It was unclear when his bond hearing would be held, Steverson said.

The couple made the trip to look at the car, and once Runion got to Telfair County, the suspect communicated with him, according to the sheriff. He did not say who called whom. McRae is about 180 miles from Marietta.

\"Early on in the investigation we did contact Mr. Towns, and we did interview him and by the information he provided we found it to be false and deceptive,\" the sheriff said shortly before Towns turned himself in. \"After we interviewed him, our efforts to contact him were unsuccessful. Today we've contacted his family, and they've been helpful in locating him.\"

\"I am eternally grateful for the prayers that have been lifted up, the encouraging words, complete strangers who have reached out, we are so thankful for that,\" said Josh Patterson, the couple's son-in-law.

\"Bud is a veteran. He and June are great people; they give so much, they are selfless.\"

The Runions were last seen driving a champagne 2003 GMC Envoy. According to a Facebook page pleading for help finding the couple, June Runion has short, brown hair and green eyes. She was possibly wearing beige slacks and a plaid shirt.

Bud Runion is 5 feet 9 inches with a medium build, has blue eyes and sports a bald head and thick mustache. He was wearing a corduroy collared shirt, blue canvas jacket and jeans, and he was known to wear baseball caps and cowboy hats.

Though the overwhelming majority of Craigslist transactions occur without incident, the site has a history of being co-opted by criminals.

Just in recent years, there have been numerous such instances. In Henderson, Nevada, police said a man placing an ad in July met three men at a park, who took him to a vacant house, tied him up, beat and robbed him, then escaped in his car.

In March, a San Jose, California, woman responding to an ad for a cellular phone was allegedly kidnapped at gunpoint by two men who drove her to an ATM and demanded her passcode, police told a newspaper.

In May 2013, a Maine teenager drove to Portland to sell his BMW sedan to a 29-year-old who had responded to his Craigslist ad. The teen was allegedly forced into his own trunk and driven to Delaware, according to media reports and an FBI affidavit.