MILWAUKEE (CBS 58) -- The suspect in the New York subway shooting, with ties to Wisconsin, purchased fireworks from a store in Caledonia, Wisconsin.

Sixty-two-year-old Frank James, who has addresses in Wisconsin as well as Philadelphia, was taken into police custody in New York Wednesday afternoon, April 13.

Investigators say 10 people were shot at least 12 others hurt in the subway shooting. Police say the suspect got on the train at Kings Highway Tuesday morning, April 12. While the train was stopped along the route the shooting started.

Police also think James set off smoke bombs while wearing a gas mask and a bag found near the shooting filled with fireworks and a hatchet has now been linked to James.

The image of the bag of fireworks caught the attention of leaders at Phantom Fireworks in Youngstown, Ohio. 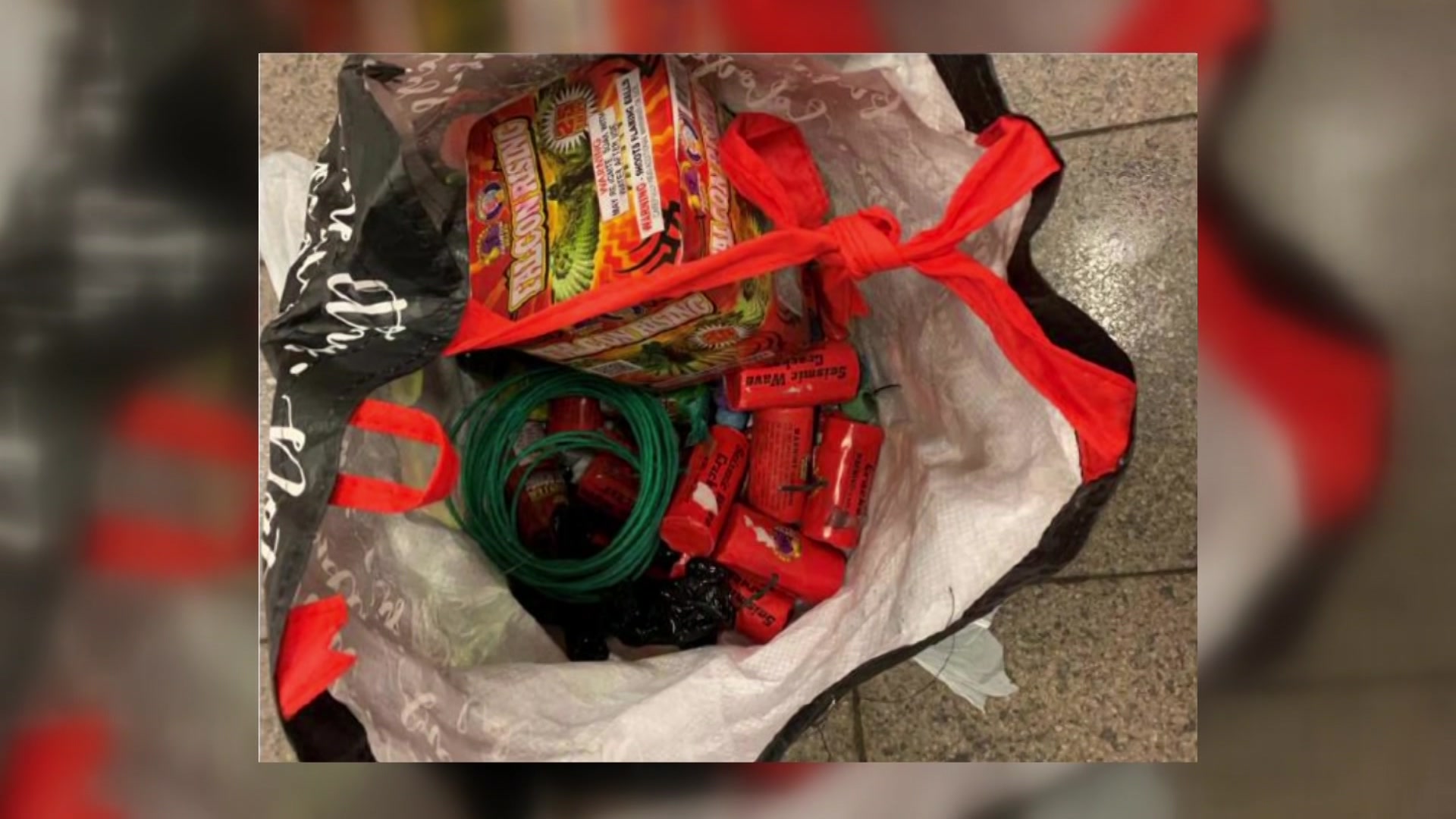 "Three of the items are our items, proprietary to Phantom," Phantom Fireworks Vice President and General Counsel William Weimer told CBS 58 in a phone interview.

Phantom then performed a search of its purchase records and found a Frank James who had bought products at a Phantom Fireworks in Caledonia in Racine County on June 21, 2021.

CBS 58 got a receipt of that purchase which shows a Frank James of Milwaukee purchased several items, including smoke bombs and other items featured in an image shared by police in New York.

Phantom then alerted authorities of the records they found.

Weimer said Phantom has worked with police during investigations in the past, including during the 2013 Boston Bombing.

"We're in a business where unfortunately stupid people, as well as criminally-oriented people, could think of things to use our products that are improper and illegal and so we have to police ourselves," Weimer said.

He added the company was proud to help authorities however they could.

"It's gratifying," Weimber said. "But at the same time we believe we owe this, a duty to peace and order and to your country."

While Phantom could not verify the Frank James who bought products from their store was the same as the shooting suspect, the receipt shows an address of a residence on North 6th Street in Milwaukee.

At that apartment building, a sign hangs on a mailbox asking people delivering mail to forward mail to a PO box for a Frank James.

On Wednesday afternoon, a group of men who did not identify themselves but had access to the building, entered it.

"I can't tell you anything, I really don't know anything about him, sorry, I don’t really know anything," one of the men told reporters.

That man said he was neither the landlord nor the owner of the building and that the men were conducting a "consent to search" of the property.

The Milwaukee Police Department and Milwaukee County Sheriff's Office told CBS 58 they were not formally assisting with the investigation. The NYPD and FBI were the lead investigators for the case.

"On June 21, 2021, an individual named Frank James of Milwaukee purchased fireworks products from the Phantom Fireworks Showroom in Caledonia, WI, just outside of Racine. Four of the items purchased are believed to be the same items that were shown in a photograph published by NBC on April 12, 2022.

This “bag with fireworks” has been identified as having been left behind by the Brooklyn subway shooter.
There is no video surveillance footage of the purchase available. As a result, Phantom Fireworks cannot confirm that the purchaser and the person of interest are the same individual.

Phantom Fireworks is cooperating with the investigating authorities. Our thoughts and prayers are with all those injured and affected by this terrible event."