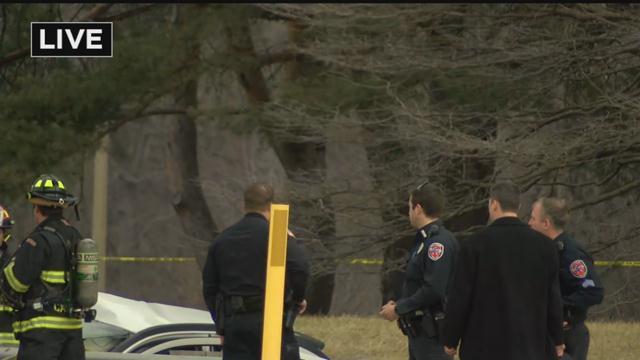 Prior to officer's arrival the suspect fled in his own vehicle and was last seen heading northbound on South 76th Street.

Witnesses were able to obtain a vehicle description and license plate number.

The suspect were then observed at a gas station in Oak Creek where the suspect committed a theft. Store employees contacted police. Officers located the vehicle and attempted to stop the vehicle. Officers from Oak Creek and Franklin Police Departments were pursing the vehicle northbound on Loomis Road when the vehicle left the roadway and struck a bridge pylon.

Greendale Rescue and Fire personnel responded and the driver was later pronounced deceased on the scene.

UPDATE 12:28 PM: The Milwaukee County Medical Examiner is reporting to 6000 West Loomis for a the report of one adult male deceased.

The Brookfield Police Department is actively searching for an armed suspect.

The suspect is described as a white male, 45 years old, 6 feet and weighing 190 lbs. He was last seen wearing a grey sweatshirt and green sweat pants.

He allegedly attempted to rob the bank at Bluemound and Calhoun Rd.

He is driving a white Dodge Caliber, license 804-VXX.

He is believed to be in the area.

He is injured and has blood on his clothing.

The injuries were self inflicted.

The suspect is armed, and police are asking if anyone sees him to not approach him but dial 911 immediately.