LAKE COUNTY, Ill. (CBS 58) -- A statement from ICE tells CBS 58 that Margarito Vargas-Rojas has been deported to Mexico twice. Vargas-Rojas is a citizen of Mexico.

He voluntarily returned to Mexico in 2004 from California. In 2009 he was arrested in Oregon for unknown charges but was not deported. He was deported twice to Mexico in 2012 on March 20 and April 2.

According to the Sheriff, the suspect got into an argument with at least two people on the bus and then made threats to kill them saying he had a gun and making repeated motions to his waistband.

There were 37 people on board the bus including the suspect and driver.

The bus driver told authorities he did not know what was happening in the back of the bus. He did not stop because he thought it was a training exercise or that they were trying to stop someone else. After at least two of the bus' tires were spiked the driver rolled to a stop just across the border in Illinois.

At least two passengers on the bus called 911.

The suspect has been identified as 33-year-old Margarito Vargas-Rosas who lives in Chicago but works at a restaurant in Milwaukee. The suspect is an illegal immigrant who has been deported to Mexico before. The Sheriff's Office is recommending charges of terroristic threats.

Authorities have not found the gun, but the Greyhound bus has been seized and they are still searching.

A spokesperson for Greyhound released the following statement Saturday:

"At this time there are no additional updates to provide. We continue to fully cooperate with the authorities on their ongoing investigation to determine exactly what happened onboard. Specific details regarding the investigation will need to be directed to them. In terms of the driver’s actions, we are conducting an internal investigation as well, which will include interviewing the driver and customers onboard to obtain additional details."

UPDATE: LAKE COUNTY, Ill. (CBS 58) -- Some passengers on a bus involved in a reported hostage situation are speaking out about the incident Friday night.

"We tried to get him to calm down. There was four or five people telling him he needs to, you know, sit back down. He refused to. That's when I was actually on the phone with 9-1-1, you know, begging for help," said passenger Patrick Dodd.

"Finally get pulled over after getting spike strips on the back tires. And we have two of them pop in the back. Dude keeps on driving the driver," said another passenger, Chris Walker.

The Racine County Sheriff's Office is planning to hold a press conference about the incident Saturday at 2:00 p.m.

According to the Racine County Sheriff's Office, the Racine County Communications Center received a 911 call from Milwaukee County saying that he was a passenger on a Greyhound bus that was en route to Chicago. The caller told dispatchers that a male on the bus was claiming to have a gun and was threatening to kill people.

The Sheriff's Office says they located the bus southbound on I-94 and tried to stop it, but the bus did not come to a stop until just south of the Illinois state line in Wadsworth. A male subject has been arrested and detained and officials say nobody on the bus was injured. According to Illinois State Police, about 40 passengers were aboard the bus at the time.

A spokesperson for Greyhound released the following update:

"All customers have been removed safely from the bus with no injuries and will be taken to Gurnee Mills Mall in Gurnee, IL until a Greyhound relief bus arrives to transport customers to their destinations."

The investigation is ongoing. Stay with CBS 58 for the latest in this developing story.

UPDATE: (CBS 58) -- Illinois State Police have confirmed that all passengers on the bus have been safely removed and no injuries have been reported. 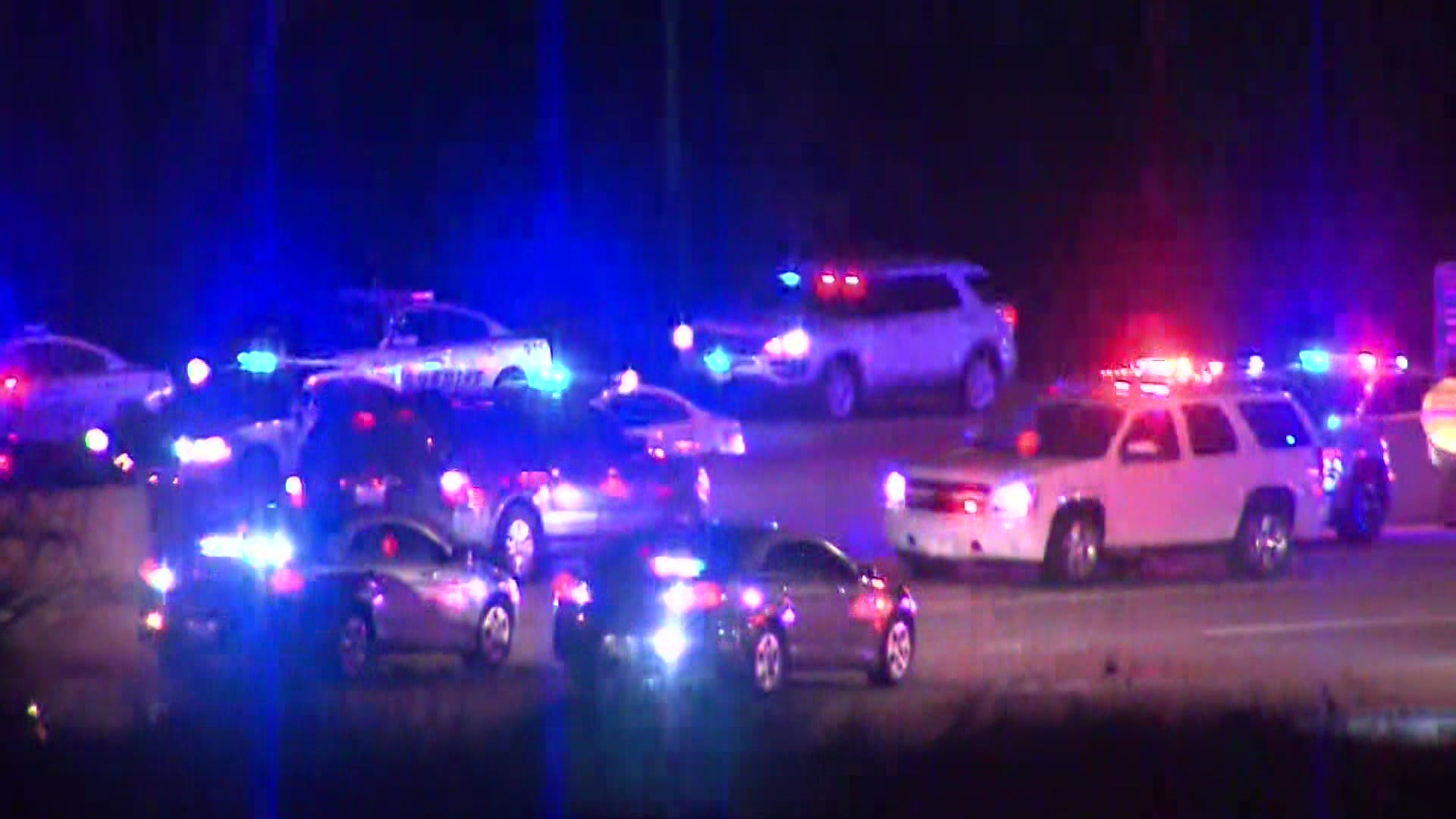 Police say the situation started after they received a report of a disorderly and possibly armed suspect aboard the bus.

The suspect has been taken into custody.

The roadway remains closed at this time while the investigation continues. Motorists are advised to avoid the area. 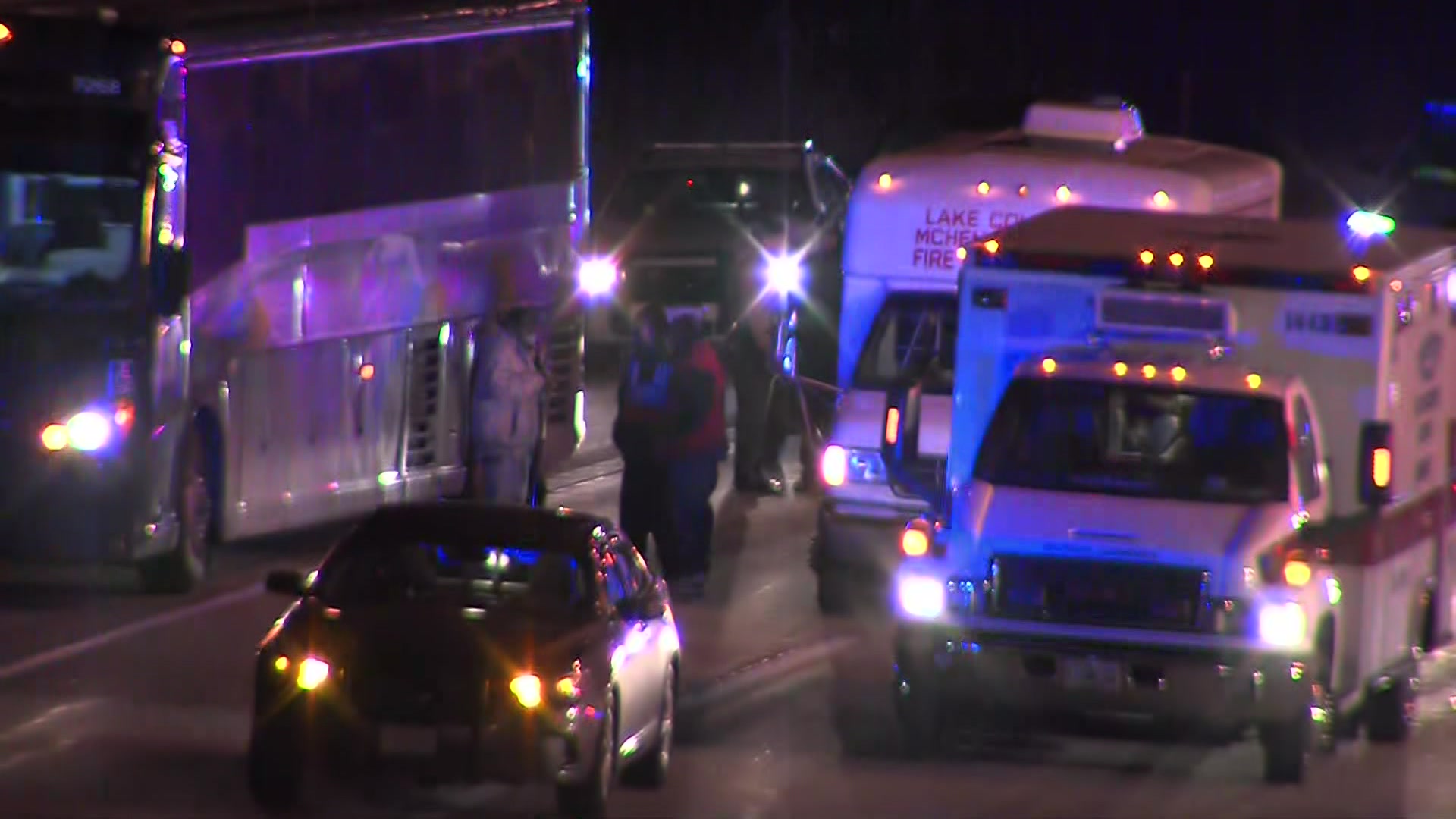 UPDATE: (CBS 58) -- Greyhound has issued the following statement, "At this time, authorities from several counties are on the scene in Wadsworth, IL. The bus with 50 customers aboard was en route from Milwaukee to Chicago when the incident began around 9:50 p.m. There have been no injuries reported. We are fully cooperating with the authorities while they work to get customers to safety."

CBS 58 News has a crew live on the scene. We have seen several law enforcement officials enter the bus. Stay with us for updates.

UPDATE: (CBS 58) -- Illinois State Police was notified of a pursuit of out of Wisconsin involving a Greyhound bus.

At this time the bus is stopped and a possible hostage situation is being handled by the Illinois State Police with the support of several other law enforcement agencies.

Motorists are advised to avoid the area.

UPDATE: (CBS 58) -- The Kenosha County Sheriff's Department confirms the bus has been stopped in Illinois just over the state line.

There is no other information being released at this time.

RACINE COUNTY, Wis. (CBS 58) -- Sheriff's deputies from multiple jurisdictions including Racine and Kenosha are currently in pursuit of a bus on I-94.

At last we heard, the bus was passing Highway 50 in Pleasant Prairie. Law enforcement says the bus is heading south, toward Illinois.

According to the Department of Transportation, All lanes of I-94 are shut down at the state line.

CBS 58 News has a crew headed to the scene.  Stay with CBS 58 News for more information on this developing story.