Suspect due in court after sheriff's deputy ambushed, killed 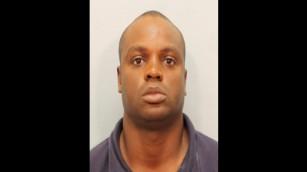 The man accused of ambushing and killing a Texas sheriff's deputy for no apparent reason is due to make his first appearance in court Monday.

Shannon J. Miles has been charged with capital murder for the death of Deputy Darren H. Goforth -- who was filling up his patrol car Friday night at a Houston gas station when he was shot in the back.

Even after Goforth fell to the ground, authorities said, the gunman stood over him and kept firing.Exactly why Goforth was killed remains a mystery. But speculation abounds.

Hickman said while a motive has not been confirmed, he said he believes his deputy was killed because \"he was wearing a uniform.\"

Authorities cited anti-police tensions that have spread nationwide over the deaths of unarmed African-American men at the hands of white officers. Hickman said this has led to a \"dangerous national rhetoric.\"