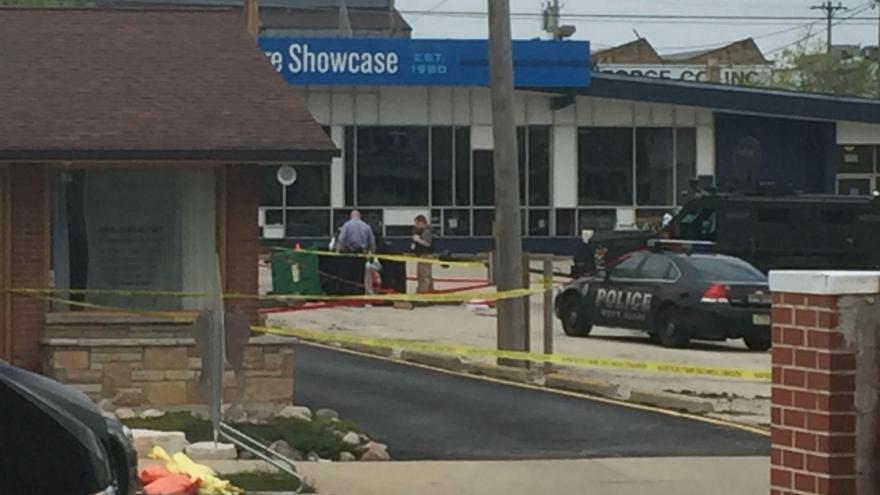 A suspect is dead after initially firing at a West Allis Police officer during a traffic stop near 61st and Burnham in West Allis.

The situation started at around 1:10 AM Saturday, May 13 when a West Allis Police officer was called to the 7200 block of W. Greenfield Avenue for a report of an armed robbery. Five minutes later police spotted the suspect's vehicle and performed a traffic stop.

A perimeter was established in the area and a search for the suspect was conducted. Officers from West Allis and New Berlin found the suspect hiding in a dumpster and began exchanging gunfire with the suspect.

The male suspect was then found in the dumpster and declared dead. No police officers were injured as a result of the fire fight.

Investigators urge any eye witnesses or witnesses that may have heard something to contact them at the City of Oak Creek Police Department.