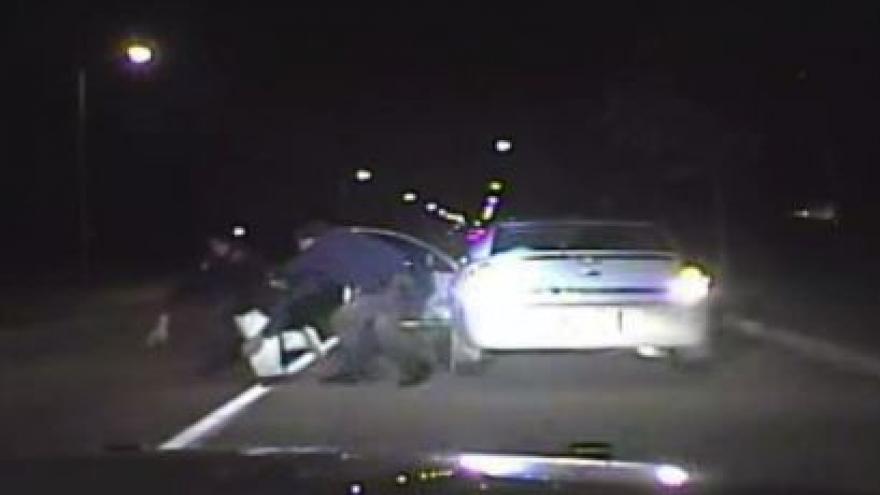 OAK CREEK, Wis. (CBS 58) -- On Monday, November 6, just before 10:30 p.m. an Oak Creek Police Officer was driving down Drexel Avenue when he saw a car speeding towards him. Radar indicated the car was going 50 mph in a 35 mph. The officer made a U-turn and attempted to make a traffic stop.

The driver pulled over and when the officer began questioning him the man said he had a suspended license and needed to get home to his kids. At the direction of the officer, the man turned off the car but left the key in the ignition as the officer went back to check his license.

After officers pulled the man from the car he was able to get free and punched an officer in the face. The man wriggled out of his sweatshirt and ran into Abendschein Park.

Both officers chased the man and one of the officers used his remote door opener to open his door and let a K9 Officer Nox out. The K9 and officers gave chase until the man entered a field where the suspect tried to hide. Officers repeatedly told the suspect to surrender or he would be bitten by the dog.

Once other police officers arrived and established a perimeter, the officer gave K9 Nox the command to track. Nox found the suspect quickly under a tree and officers commanded him to show his hands. After not showing his hands, Nox bit the man in the stomach.

After the man was arrested and taken to the hospital for his dog bite injury police positively identified him and discovered he had three warrants out for his arrest.