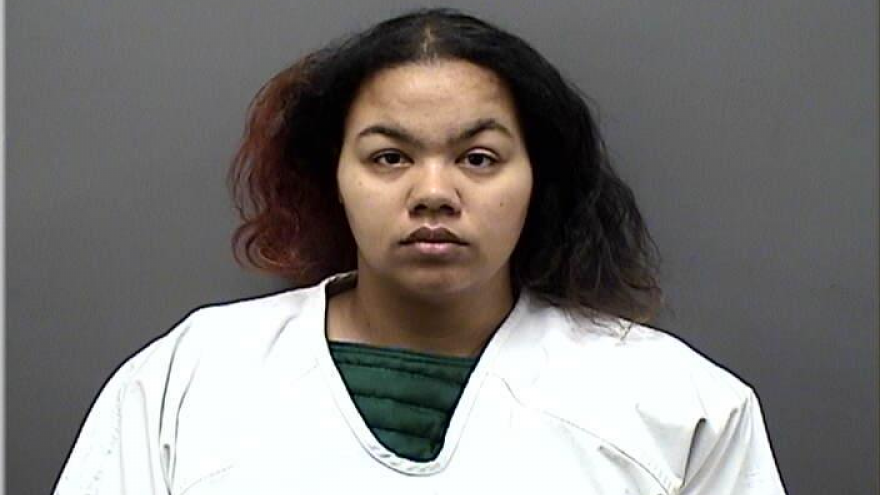 RACINE, Wis. (CBS 58) -- Racine police have made an arrest connected to the Brittany Booker homicide investigation.

A 24-year-old woman named Diamond Hood was arrested Tuesday, April 26, for harboring a felon in connection to Booker's death.

Officials say Booker's body was found in her car on Sunday, April 24. Officers were able to identify Terry Jackson as the person who killed her. Authorities say Jackson had tried to kill both Booker and another woman in late February, and he's been on the run ever since.

According to a criminal complaint, officers were able to identify and locate the vehicle Jackson drove to Booker's residence on the morning of April 24. Police say he fled the scene in the same vehicle, which is registered to Diamond Hood.

Officers executed a search warrant at Hood's home on April 25. The complaint says she admitted to having contact with Jackson and allowing him to use her vehicle. She also admitted that she knew Jackson was wanted for a previous incident when he attacked Booker and another woman with a hammer in late February.

Hood went on to tell investigators that Jackson was using her vehicle on the evening of April 23. She said she got up at 6 a.m. April 24 and he had not returned to her home. She then went back to sleep and got up around 7 a.m. to Jackson waking her up. She said Jackson told her he needed a ride to Chicago. Hood told investigators she drove Jackson to Chicago and went back home to Racine.

Prosecutors say Hood knew Jackson had a warrant for his arrest for numerous felony charges and she helped him avoid apprehension.

Jackson is charged with 11 counts, which include two counts of attempted first degree intentional homicide for the February attacks.