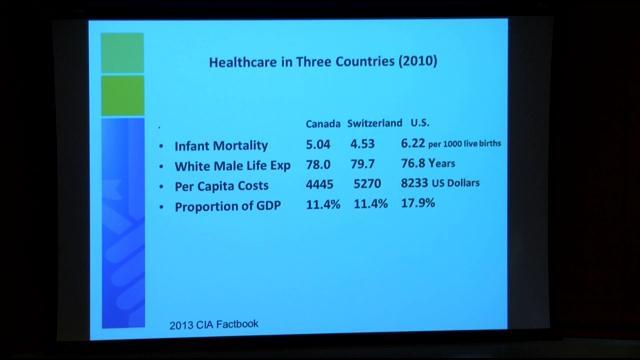 A leading cancer expert spoke to the Medical College of Wisconsin about disparities in survival rates and care for minority communities.

\"If we carried about health care for everyone, everyone's health care costs would go down.\"

Dr. Otis Brawley says there is a large disparity between African American survival rates versus whites but it's not solely genetics.

Brawley says, \"I wish we could get away from race defining biology instead race defines socioeconomics. I want to get better health care to blacks just as much as to poor people, blue collar people.\"

Research shows African Americans are most likely to get a late diagnosis and die than any other race.

\"Come together and support our residents, the affordable care act isn't going to give people a ride to the doctor there is a huge logistics issue in radiology where people need to be there Monday through Friday six to eight weeks.\"

\"Specifically African American communities are disproportionately targeted by tobacco companies, so looking at the over saturation of billboards, tobacco products being advertised in communities of color.\"

On top of that she says many African Americans put health on the back burner.

Mitchell says, \"Because of the toll of socioeconomic factors we're so busy trying to survive with life, so it's hard to juggle with health related problems along with survival.\"

Dr. Brawley and Mitchell agree, awareness is a key way to solving the problem.