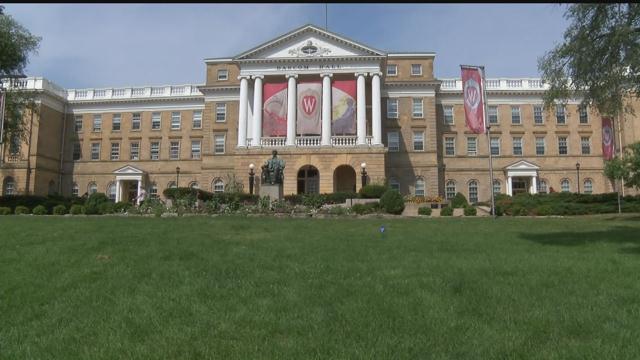 A new survey finds one in every four undergrads have been sexually assaulted at UW Madison.It's got campus officials planning on combating this new data.The number of sexual assaults reported at UW Madison is shocking but its not limited to Madison's campus. In fact many UW Milwaukee students say its happening here too."I know a lot of people who have had sex or interacted with guys sexually in some way and they didn't really want to," said UW Milwaukee junior Rachel Lynn.Only 22 percent of UW Madison students responded to the survey but according to the Association of American Universities, that's a higher response rate than most colleges.And each finding reported was confirmed by UW Milwaukee student's experiences.The survey found 27.6% of female undergraduates reported experiencing sexual assault. Perpetrators were overwhelmingly identified as male and a fellow student, often a friend or acquaintance.76.1% of women who reported penetration by force said that the offender had been drinking alcohol.And it often goes unreported to campus officials but victims often confide in fellow students.UW chancellor Becky Blank says the results are hard to stomach but will be used to improve campus safety."We want to encourage more people in our community to feel comfortable intervening when they observe someone in a potentially difficult situation. We also want this campus community to understand the problems related to alcohol abuse which is closely intertwined with this problem." said Blank.Here's a full link to Blank's response to the survey results: https://chancellor.wisc.edu/blog/blank-remarks-on-aau-sexual-assault-survey/And the full survey results: http://uhs.wisc.edu/AAUSurvey/