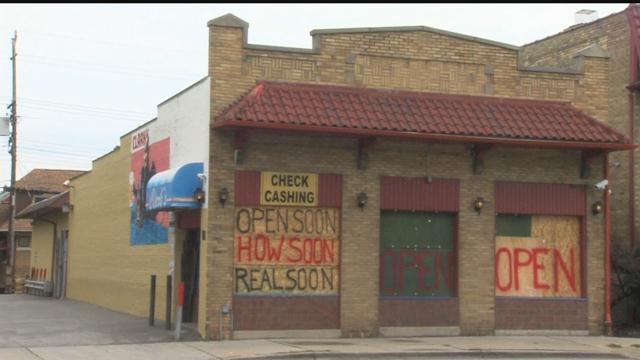 Thre men are now charged with breaking into and burglarizing a store during the unrest.

According to the criminal complaint, both Lindsey and Love told investigators they didn't take anything.

Love said he was looking for a friend.

Linsdey said he just wanted to see what was going on.

Surveilllance video from inside the Clarke's Beer and Liquor store Saturday night shows  at one point time at least 40 people inside knocking down shelves,  throwing bricks at the counter and shattering liquor bottles.

It will cost about $125,00 to replace lost merchandise and damage.

The store is back up and running thru the clean-up and he said it will stay that way.

Paul Rubitsky has co-owned this store for 24 years.

He said up until that night there were few problems.

Three men have been charged in the crime, but Rubitsky says many more are involved.

He even recognizes some as customers.

Unlike other businesses, Paul is already working on rebuilding because he says-this neighborhood is full of good and it wasn't community members who started the trouble.

“It means a lot to the community because this is their store.  Must have been 50 people come in the store and apologize saying they were sorry this happened to you. Some staff cried. We have 8 staff working here and they are from this area. Some were across the street watching it and going on and they were losing jobs,” said Rubitsky.