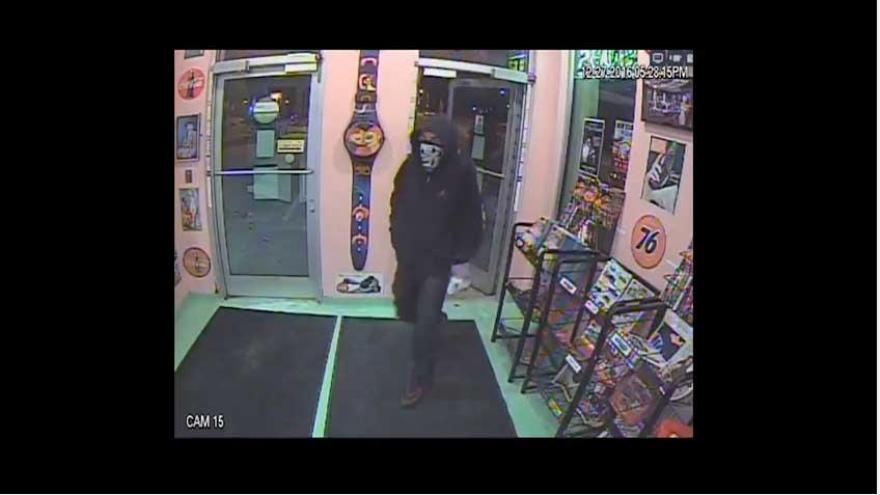 Milwaukee Police are searching for an armed robbery suspect that robbed the NYPD Pizza on North Avenue.

Milwaukee Police are asking for the public to help identify a suspect in an armed robbery that happened at the NYPD Pizza located at 231 E. North Avenue, on December 27th, 2016 around 5:25 p.m.

The suspect displayed a handgun, demanded and attempted to take money from the cash registers. He obtained nothing.
The suspect is described as a White or Hispanic male, late teenage years, 5’6” to 5’7” tall, weighing approximately 150 pounds, last seen wearing a black bandanna with a white skull design on the lower portion of his face, black hooded sweatshirt with a red logo on the left side of the chest, black jeans, and dark athletic shoes with red trim. He was armed with a black semiautomatic hand gun.