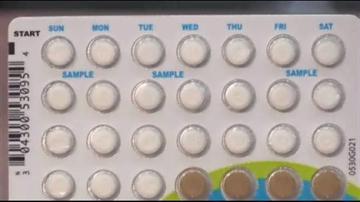 The owners of the craft store hobby lobby are joined in the victory with owners of a similar company based in Pennsylvania.

The ruling was close by the Justices, 5-to-4.

The High Court cited the companies are protected under the Religious Freedom and Restoration Act of 1993.

the decision ultimately means companies like Hobby Lobby do not have to provide birth control for its employees.

The Affordable Care Act states companies would be fined if they didn't comply with the mandate.

Hobby Lobby argued it would have cost the company $475 million a year.

Local supporters tell CBS 58 the decision is a common sense move that strikes a balance.

But opponents say it's troubling a boss can come between a woman and her access to health care.

\"Some of the drugs covered by the mandate have been defined by the FDA as contraceptives, yet they can provide abortions and that was the Hobby Lobby objection to providing these services,\" said Barbara Lyons, executive director of Wisconsin Right to Life.

\"We know when there is increased access to contraceptives, the abortion rate goes down,\" said Tanya Atkinson, Planned Parenthood's public affairs vice president. \"So it's common sense that when women have access to family planning, it helps prevent unintended pregnancies.\"