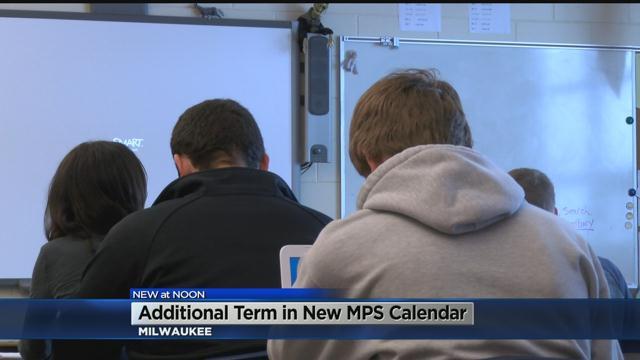 The Superintendent of Milwaukee Public Schools is recommending a number of major reforms to improve student achievement including changes to the school calendar.

Driver said she hopes students, parents and staff will keep an open mind about these potential changes which could start as early as 2017.

Under the proposed new MPS calendar, all the schools in the district would start in early August and end in May.

There would also be an additional June term or J term."

The superintendent says to close that gap, the community needs to think differently about how classroom time is used.

Driver says the cost for adding that j-term could be about $3 million, but that the district is already spending far more than that on students who don't graduate on time.