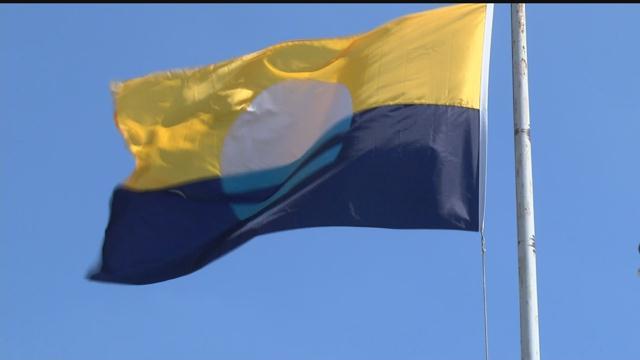 The competition to come up with a new city flag is over and this image called Sunrise Over the Lake could be Milwaukee's new symbol.

But both the flags designer and the contest organizer say there are a few more steps to go.

Steve Kodis and Robert Lenz are close to a dream come true.

“That's always been the goal to have the city adopt a new flag and if it happened, I would be enamored,” said Kodis.

Steve Kodis said his idea to organize a community contest to design a new flag came from a podcast.

“Just thought to myself man we deserve to have something so much better because the city today is very vibrant. And I think now more than every we are sort of yearning for a new symbol,” said Kodis.

Lenz was one of hundreds who didn't hesitate to submit the design.

He ended up one of 5 finalists and won the contest.

“The next phase is really to contact or have the public, people that really care about this initiative to reach out to their alderperson, explain to them that a new flag is very important to the identity of the city,” said Kodis.

The Common Council has to meet, discuss and vote on the new flag.

No word on when Common Council members will make the official decision.