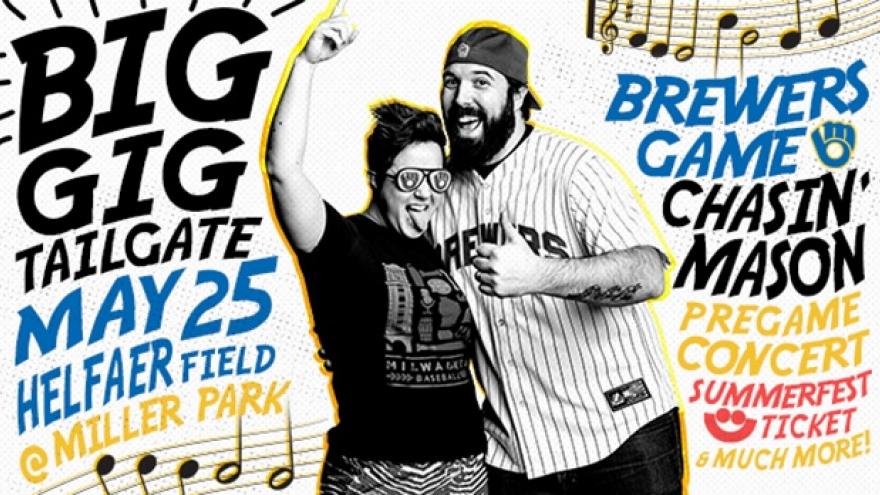 Summerfest is hosting a Big Gig tailgate on Thursday, May 25 for the Brewers game against the Diamondbacks.

With the purchase of a special Brewers ticket you will also get a Summerfest general admission ticket good for any one day during the festival, access to a pregame tailgate at Helfaer Field featuring live music from Chasin' Mason, snacks, a koozie and two complimentary beers.

The tailgate starts at 4:10 PM when parking lots open. Chasin' Mason will play at 5:00 PM and the game against the Diamondbacks begins at 7:10 PM.