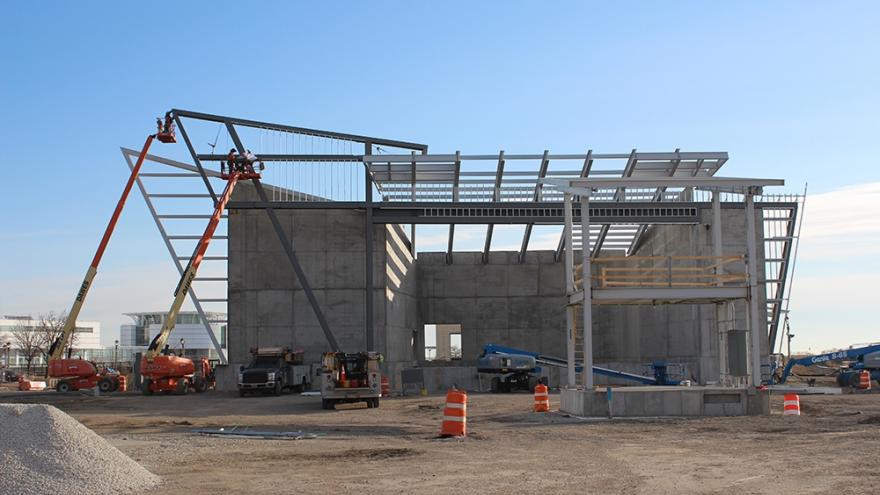 MILWAUKEE (CBS 58) – Milwaukee World Festival officials have announced that Briggs & Stratton has donated a commercial standby generator, equipped with an industrial grade engine for reliable back-up power. The new generator will power the North end of Henry Maier Festival Park from the Johnson Controls World Sound Stage to the North Gate in the event of a power outage or emergency, and will safely light the area for anyone leaving the grounds.

Summerfest is also giving an update on a few construction projects happening at the North End of the Summerfest grounds including the North Entry Gate and Community Plaza and the renovation of the U.S. Cellular Connection Stage.

When construction is done, the North Gate ticket building will be able to double the number of ticket selling locations. The entrance will feature new technology and security components.

The stage foundation and walls for the U.S. Cellular Connection Stage are in and beams for the stage roof are being installed. When construction is finished the stage will have a larger performance area that can accommodate larger acts and a 25-foot LED video screen which will be the largest on the Sumemrfest grounds.

Construction on all projects is expected to be completed in time for Summerfest 2018.