Summerfest CEO Don Smiley live at Summerfest on the CBS 58 News at 4 p.m. 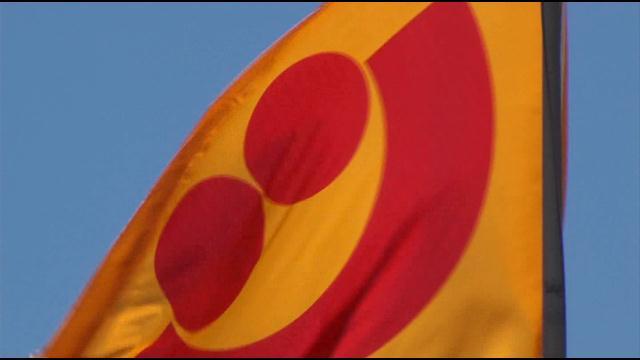 CBS 58's new 4 p.m. news and talk show will be broadcasting live from Summerfest every weekday afternoon during the festival's run.

CBS 58's Bill Walsh and Michele McCormack will be live on the second deck of the Marcus Amphitheater starting Wednesday when their first guest will be Summerfest CEO Don Smiley.

They'll also be highlighting homegrown bands who will be performing at the big gig including Doozey from Appleton and Midnight Reruns from Milwaukee.

Chief Meteorologist Drew Burgoyne will have your Summerfest forecast from the Hole in One in location along with Kevin Holden and Earl Arms of CBS 58 Sports.

Be sure to stop by and say hello, or avoid the crowds and get a look and taste of the festival from the comfort of your own home by watching the CBS 58 News at 4 p.m.

The vision for Summerfest was the brainchild of the late Mayor Henry Maier in the 1960's. Following a visit to Oktoberfest in Munich, Germany, Mayor Maier dreamed of a festival for the people that would revitalize Milwaukee's downtown and bring the community together. In 1968, the first Summerfest debuted at 35 separate locations throughout the city.

In 1970, the festival moved to Milwaukee's lakefront, specifically to an abandoned 15-acre Nike missile site. Stages consisted of wooden platforms raised on concrete blocks. By the middle of the decade, however, permanent stages and structures began making an appearance and more aesthetic improvements were made.

By the 1980's, more permanent stages and structures appeared on the grounds, a long-term lease agreement was reached with the City of Milwaukee and the future of Summerfest was bright. In 1983, turnstiles were added at the admission gates allowing for accurate attendance tracking. In 1983, 657,429 patrons attended Summerfest and by the end of the decade that number rose to 830,500. In 1987 the Marcus Amphitheater, a 23,000-seat, state-of-the-art entertainment venue opened and would soon be host to the top touring acts in the world.

Over the years, the permanent 75-acre festival site has seen tremendous growth and enhancements, including capital improvements, new partners, vendors and exhibits. Most recently, festival producer, Milwaukee World Festival, Inc. renovated approximately 22-acres of the 75-acre site, Henry Maier Festival Park, with a 2-phased $35 million construction project, the biggest in Summerfest history. Phase One of the redevelopment project featured a new Briggs & Stratton Big Backyard, South Gate and Box Office, as well as new food and beverage buildings and restrooms which was completed for Summerfest 2011. Phase Two of the project was completed for Summerfest 2012 and included a covered music venue on the waterfront, the BMO Harris Pavilion as well as a elevated covered lakeside bar, restrooms and unique lakeshore amenities for festival-goers.

Summerfest will celebrate its 50th Anniversary in 2017.