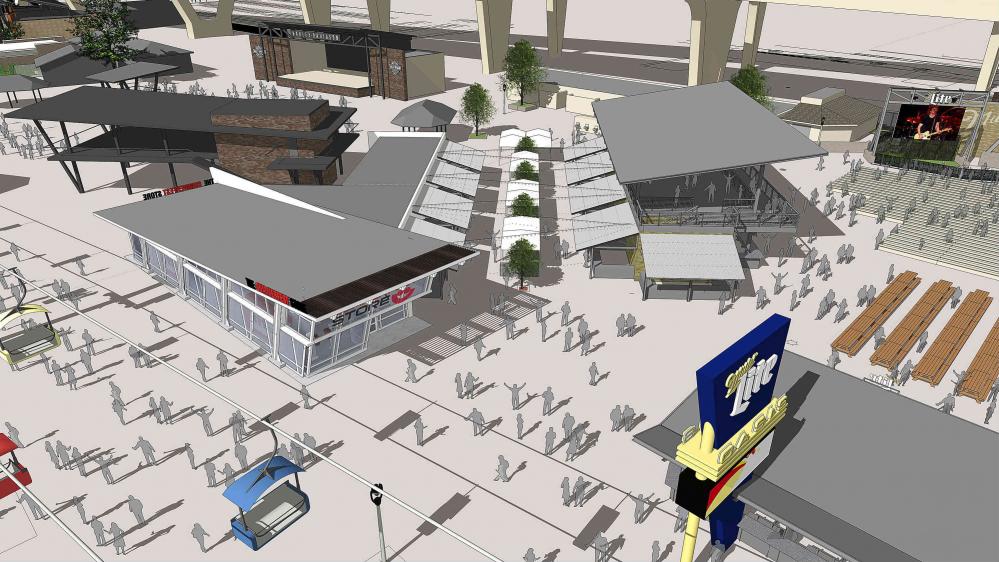 Milwaukee World Festival, Inc. officials announced the renewal of MillerCoors' longstanding partnership as the Official Malt Beverage of Summerfest and Henry Maier Festival Park on Monday. As part of this commitment, MillerCoors also will support the renovation of the Miller Lite Oasis stage area and a reconfigured marketplace and Summerfest retail store. The marketplace and Summerfest store will be funded by Milwaukee World Festival, Inc. Completion is scheduled for the 2017 festival season and Summerfest’s 50th festival.

The renovation project will include:

Miller Lite Brew House: A new side stage bar will offer a new covered space for Summerfest patrons. The Brew House will have the capacity to feature exclusive beverage offerings and enhanced opportunities for front row access through MillerCoors promotions.

New viewing deck and redesigned bar areas: A new elevated viewing deck will be built within the stage area development, featuring a first floor bar.  In addition to the new long bar, every bar area in the new Miller Lite Oasis will be reinvented to provide patrons with better access and accommodation.

Redesigned Marketplace and Summerfest Store: With support from TSMGI, the exclusive vendor of Summerfest merchandise, the marketplace will include a brand new Summerfest Store.  The store will be a permanent air conditioned glass building and will feature a large storefront and displays for an improved shopping experience.  Additionally, the entire marketplace area will be reconfigured with permanent and expanded infrastructure for merchandise vendors as well as use by PrideFest and all the ethnic festivals.