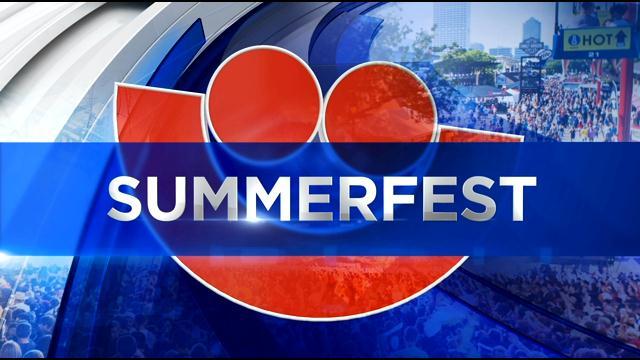 Summerfest announced Wednesday over 90 headlining acts that will perform at the 2016 festival.

CBS 58 will be broadcasting our 4:00 PM show live from the Summerfest Grounds throughout the festival.

Below are the Summerfest 2016 Grounds Stage Headliners announced to date:

Performance dates are available on Summerfest.com. Times and stage locations as well as additional headliners will be announced in the coming weeks.

“Year after year, Summerfest showcases a music lineup that is nothing short of fantastic, with performances to fit everyone’s taste,” said Don Smiley, President & CEO of Summerfest.  “With artists that are as diverse as they are talented, we’re proud to unveil a tremendous lineup for 2016 and invite everyone in Milwaukee and worldwide to join the party to sing, dance and celebrate the ‘World’s Largest Music Festival.’”