Styx Coming to Milwaukee in March 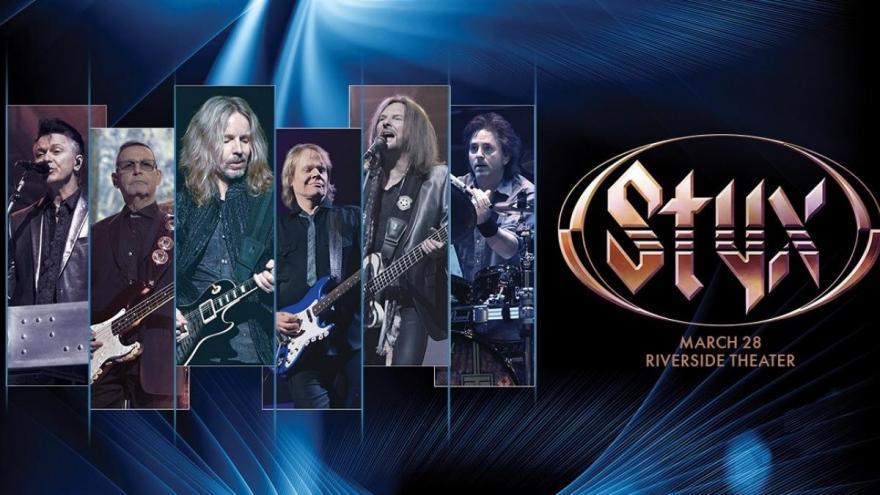 Styx, the band from Chicago that rose to top-hit status in the 1970s and early 1980s with songs that included "Lady," "Come Sail Away" and "Blue Collar Man," will perform Tuesday, March 28 at Riverside Theater in Milwaukee.

The six men comprising Styx have committed to rocking the Paradise together with audiences far and wide by entering their second decade of averaging over 100 shows a year, and each one of them is committed to making the next show better than the last. The band draws from over four decades of barn burning chart hits, joyous singalongs, and hard-driving deep cuts.

Styx hit its stride with guitarist/vocalist Tommy Shaw’s first LP with the band, 1976’s Crystal Ball, and then they become the first group to score four triple-platinum albums in a row: The Grand Illusion (1977), Pieces of Eight (1978), Cornerstone (1979), and Paradise Theater (1981).

After more than a decade together on the road, this incarnation of Styx is looking forward to performing as many shows as it can as long as it can. “It all comes back to the chemistry,” says bassist/vocalist Ricky Phillips. “The legacy of this band will be that it brought joy to millions of people,” notes drummer Todd Sucherman.

Tickets for the March 28 Styx performance in Milwaukee go on sale Friday, February 24 at 12:00 PM at the Riverside and Pabst Theater ticket offices, Pabsttheater.org, or charge by phone at 414-286-3663. Ticket prices are $46, $56, and $81. Produced by Outback Concerts and Pacific Coast Concerts.