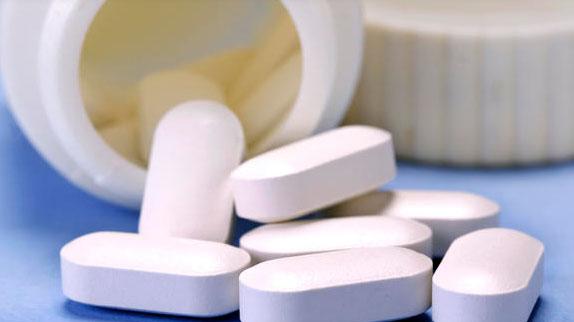 (CBSNEWS) NSAIDs are usually only used to treat short-term episodes of pain in osteoarthritis, because the side effects are thought to outweigh the benefits when used longer term. Because of this, paracetamol is often prescribed to manage long-term pain instead of NSAIDs. However, our results suggest that paracetamol at any dose is not effective in managing pain in osteoarthritis, but that certain NSAIDs are effective and can be used intermittently without paracetamol," study co-author Dr. Sven Trelle, from the University of Bern, in Switzerland, said in a statement.

Trelle noted that NSAIDs are some of the most widely used drugs for patients with osteoarthritis, but patients often switch between the different options. "We hope our study can help better inform doctors about how best to manage pain in this population," he said.

"It is a pain reliever and may relieve some arthritic pain, but not enough to make a significant difference," he said.

Doctors recommend it to patients with osteoarthritis because it's generally safe. "Tylenol is publicized as being the safest one. It doesn't bother your kidneys and stomach," Zikria explained, although, in very high doses, acetaminophen can have liver side effects.

McNeil Consumer Healthcare, the makers of Tylenol, told CBS News it provides an essential option for patients, especially those who can't take NSAIDs.

The company said in a statement: "We disagree with the authors' interpretation of this meta-analysis and believe acetaminophen remains an important pain relief option for millions of consumers, particularly those with certain conditions for which nonsteroidal anti-inflammatory drugs (NSAIDs) may not be appropriate (including cardiovascular disease, gastrointestinal bleeding, and renal disease). The safety and efficacy profile of acetaminophen is supported by more than 150 studies over the past 50 years and we are committed to furthering research and education to ensure consumers can make informed choices about their medications based on individual health needs."

The study, while "excellent," had limitations, Prof. Nicholas Moore and colleagues from the University of Bordeaux wrote in an accompanying comment in The Lancet. They point out that some popular NSAIDs weren't part of the study, "probably because no recent trials have been done of these drugs or because any recent trials that did assess them were too small."

"The most remarkable result is that paracetamol does not seem to confer any demonstrable effect or benefit in osteoarthritis, at any dose," they write. Even though the drug "has been on the market for as long as most of us remember," they add, "its efficacy has never been properly established or quantified in chronic diseases, and is probably not as great as many would believe."

It's estimated that 26.9 million adults in the U.S. have osteoarthritis, a degenerative joint disease and the leading cause of pain in older people. About a third of adults over 65 suffer from the condition, according to the CDC.

Pain management expert Dr. Allyson Shrikhande, a physiatrist at Lenox Hill Hospital in New York City, said doctors may need to rethink their recommendations for many of these patients. "The classic teaching in residency in medical school for first line treatment of osteoarthritis is to start with Tylenol. At this point physicians are starting to see that it may be outdated," she said.

She said that while acetaminophen can help decrease pain, it does not have an effect on inflammation. "This may be reason why NSAIDs technically work better to decrease pain and improve function," she explained.

Shrikhande said NSAIDs should not be used for more than two weeks to a month. "In short doses, preferably two week courses, NSAIDs are preferable, however for long term chronic pain, there really is no good oral medication at this point."

There are non-drug options to help manage osteoarthritis pain, too, Zikria said, including physical therapy, acupuncture, and weight management, which people with osteoarthritis should talk about with their doctors.