Study looks at What Boxing, MMA Fighting May do to the Brain 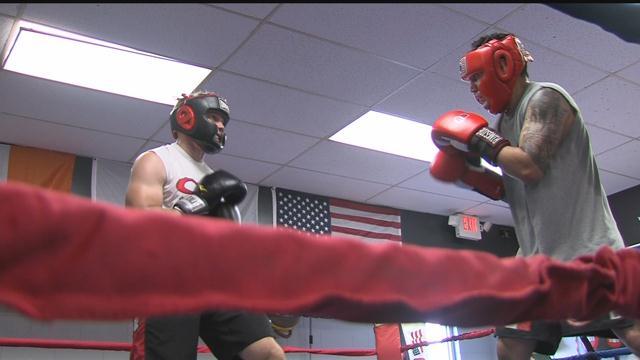 (CBS NEWS) Michael Finney started boxing when he was 9 years old. Now, 15 years later, he's a professional boxer with more than 150 fights under his belt. He fears that those years in the ring have taken a toll on his brain.

"A little bit of memory, stuff like that, you notice," he told CBS News. "And I was just like, 'man!' It kind of scares you."

Finney is taking part in a study being run by the Cleveland Clinic in Las Vegas to track the long-term impact of repetitive head trauma on boxers and mixed martial arts fighters.

And while a growing amount of medical research and media attention have focused on the lasting health problems related to concussions in NFL football players, experts say there's a lot more to be learned from athletes in combat sports.

Nearly 650 active and retired boxers and MMA fighters are participating in the study. They range in age from 18 to 70.

"They see changes and their family sees changes... and they want information," said Dr. Charles Bernick, the lead researcher on the study and associate director of the Cleveland Clinic's Lou Ruvo Center for Brain Health.

The fighters are evaluated once a year and undergo brain scans that can be compared over time to measure changes as they age. One thing the experts have noticed is that not everyone is affected the same way.

"There are some individuals who have a tremendous amount of exposure to head traumaand they do fine," Bernick said. "So we're trying to understand why that is."

They're looking into the possibility that genetics may play a role.

They're also hoping that the study's findings will be used to help make combat sports safer.

"For example, you may be able to develop a policy of how frequently somebody should fight," to minimize the chances of lasting damage, Bernick said.

A number of organizations, including the Nevada Sports Commission and the mixed martial arts promoter UFC, are encouraging fighters to take part. Bernick says he hopes to have more than 700 athletes involved in the study by the end of the year.