Study: Acetaminophen reduces not only pain, but pleasure, too 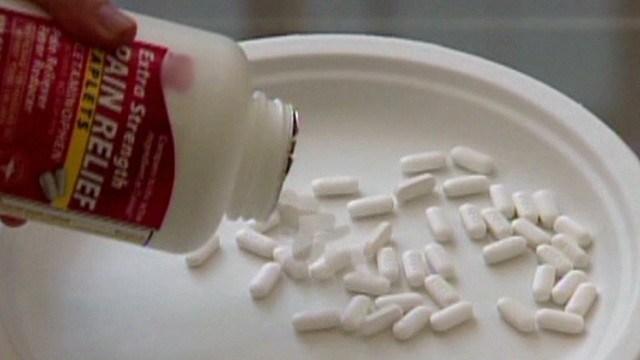 Feeling so happy you just can't stand it? You might want to pop some acetaminophen.

A new study has found that acetaminophen, the main ingredient in Tylenol, most forms of Midol and more than 600 other medicines, reduces not only pain but pleasure, as well.

The authors of the study, which was published this week, say that it was already known that acetaminophen blunted psychological pain. But their new research led them to the conclusion that it also blunted joy -- in other words, that it narrowed the range of feelings experienced.

\"This means that using Tylenol or similar products might have broader consequences than previously thought,\" said Geoffrey Durso, a doctoral student in social psychology at Ohio State University and the lead author of the study. \"Rather than just being a pain reliever, acetaminophen can be seen as an all-purpose emotion reliever.\"

Half of the participants in the study were given \"an acute dose\" of acetaminophen -- 1,000 milligrams -- and the other half were given a placebo with the same appearance. The subjects were then asked to rate the photos according to how unpleasant or pleasant they were.

Drug did not alter sense of magnitude in general

The researchers followed up by testing a group of 85 people to see whether this change in judgment applied just to emotions or whether the drug blunted people's evaluation of magnitude in general.

This group showed the same blunting of emotional reactions. But acetaminophen did not affect how much blue they saw in each photo.

But people who participated in the study did not appear to know they were acting differently, said Baldwin Way, an assistant professor of psychology who was another of the study's authors.

\"Most people probably aren't aware of how their emotions may be impacted when they take acetaminophen,\" Way said.

Each week, about 23% of American adults -- or 52 million people -- use a medicine containing acetaminophen, according to the nonprofit Consumer Healthcare Products Association.

The authors said it was not known whether other pain relievers, such as ibuprofen and aspirin, have the same effect. But have no fear -- they plan to study that question, as well.