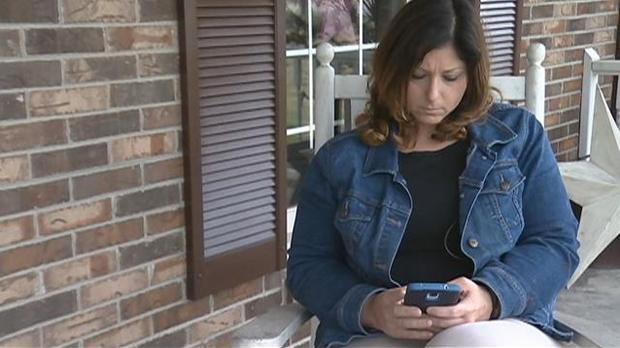 (CBS NEWS/AP) Authorities say a high school student who went through his teacher's cellphone, found a nude picture of her and posted it online has been charged with a computer crime and voyeurism.

Chief Sam White of the Public Safety Department in northwestern South Carolina said the 16-year-old was taken into custody at Union County High School on Friday.

The boy, charged as a juvenile, is being held for a hearing in family court. His name was not made public.

After Friday's arrest, the teacher, Leigh Anne Arthur told CBS affiliate WSPA she was "relieved and proud they are holding him accountable and responsible for his actions. When you're 16 just being sorry for something of this severity is not enough anymore."

"He opened up my gallery for my pictures and he found inappropriate pictures of myself and he took pictures from his cell phone of that and then he told the whole class that he would send them to whoever wanted them," Arthur told WSPA earlier this week.

Arthur said she took a nude selfie to share with her husband for Valentine's Day, and that the student warned her that something bad was coming.

"The student who actually took my phone and took pictures turned around and told me your day of reckoning is coming," she said.

Since the incident, Arthur said four photos taken from her phone were printed out and put in her mailbox. She claimed there was a message threatening her and her sons on the back of one photo.

She resigned earlier this week, claiming she was pressured to do so by the school district. Arthur said according to district policy, the student should have been expelled.

"The whole premise of my privacy being invaded his being ignored and that's what's wrong," she said.

Superintendent David Eubanks has said Arthur was to blame for leaving students unattended during a four-minute break between classes and that the school was concerned she could be contributing to the delinquency of a minor.

Eubanks released a statement Friday reiterating his belief that Arthur was at fault and claiming that she "has used the media to transmit false information obviously intended for the purpose of deflecting the incident totally to students."

"We do know that her failure to properly supervise students entrusted to her care will negatively impact the lives of students and their parents," Eubanks said.

As of Friday afternoon, more than 11,000 people had signed an online petition calling for Arthur to be reinstated.