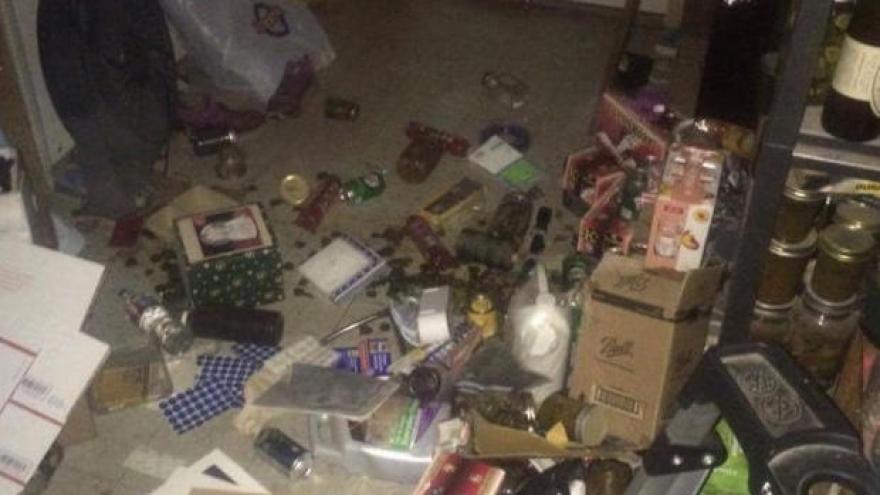 The magnitude 5.8 temblor hit just after midnight about 6 miles southeast of Lincoln, according to the U.S. Geological Survey. There were no immediate reports of injuries, but 9-1-1 call centers were swamped with calls and advising people to only call if they were injured, reports CBS Missoula affiliate KPAX-TV.

It was the state's largest shaker in a dozen years, the station adds.

It lasted for some 30 seconds, beginning with a slow tremor and then building in intensity, KPAX notes. It was followed several smaller aftershocks.

Residents in Lincoln briefly lost power and there was a gas leak in Helena, the National Weather Service in Great Falls said on Twitter.

The Independent Record reports people felt the quake as far away as Bozeman, Idaho, and Great Falls.

Ray Anderson, 76, tells The Associated Press it was the strongest seismic activity he'd ever felt while living in Helena, which is about 34 miles away from the quake's epicenter.

He said his wife told him the quake woke up the dogs.

There have been more than 70 quakes measuring larger than 4.5 in Montana and parts of Wyoming and Idaho since 1925, according to the USGS. The largest quake in state history was magnitude 7.2 in 1959 near west Yellowstone.