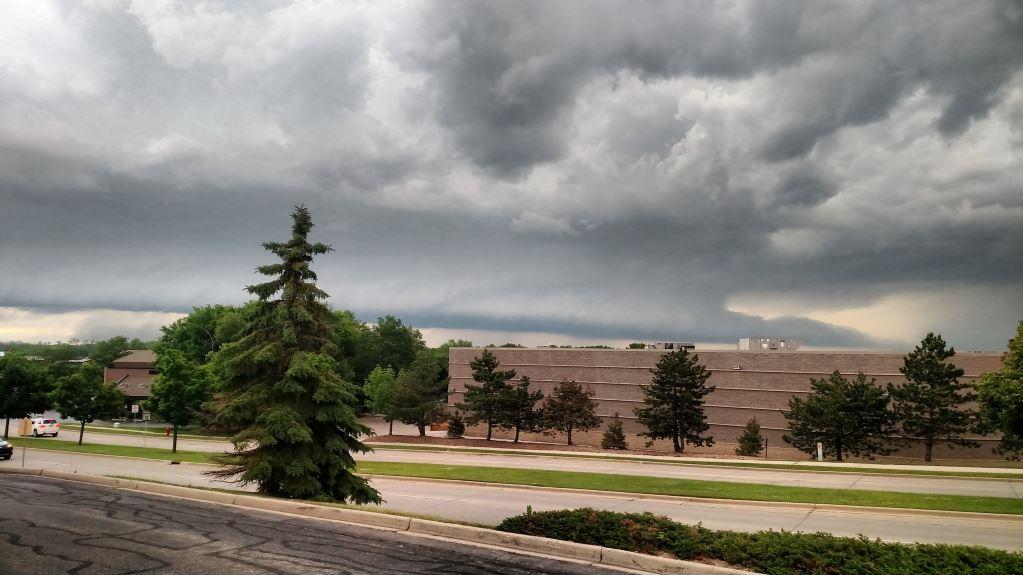 We had the potential for severe weather Wednesday and those storms materialized for some of our northern communities. A broken line of severe storms started in NW Wisconsin and moved their way southeast gradually turning into a line of storms. The southern most storm (what some meteorologists refer to as the Tail End Charlie) did not join the line and stayed severe as it pushed through some of our northern areas.

Severe thunderstorm warnings were issued for parts of Fond du Lac, Dodge, Washington and Ozaukee Counties as the storm pushed eastward. The storm was primarily a hail maker with a few reports coming in from West Bend and Mequon of hail up to 1.5" in diameter. Hail that size is enough to do some damage and put some dents in cars and roofs.

Although a tornado warning was issued in the northern part of the state and some storm spotters did observe wall clouds, no tornadoes were reported in Wisconsin.