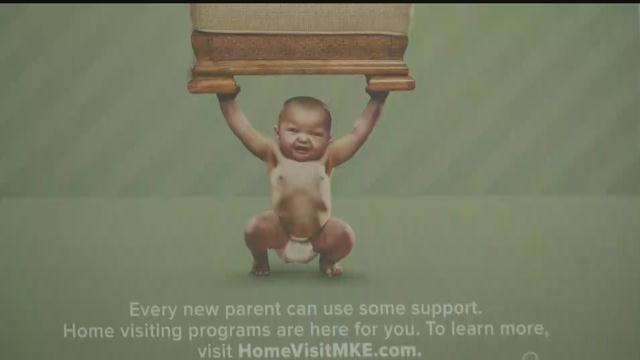 With Infant Mortality Awareness Month coming to a close, Milwaukee Mayor Tom Barrett and several other city leaders kicked off a new part of the city’s Strong Baby campaign aimed at reducing the infant mortality rate.

The new phase of the campaign will focus on home visits.

The goal is to bring awareness and educate families about the value of the programs particularly in the African American community.

The campaign will feature ads on billboards, and bus shelters, but the biggest emphasis will be online.

Social media and a new interactive website will allow potential families to learn the number of programs aimed at helping families.

On average the city of Milwaukee has about 100 infant deaths a year,  the mayor says while there is a downward trend, there is still plenty of work to do. And it’s something participating families are grateful for.

“Access to healthcare is part of this, but a lot of it has to do with pressures outside of the healthcare system. the conditions in which woman are living and men, but particularly mothers, so we take that very very seriously,” Mayor Barrett Said.

You can check out the interactive website at homevisitmke.com.