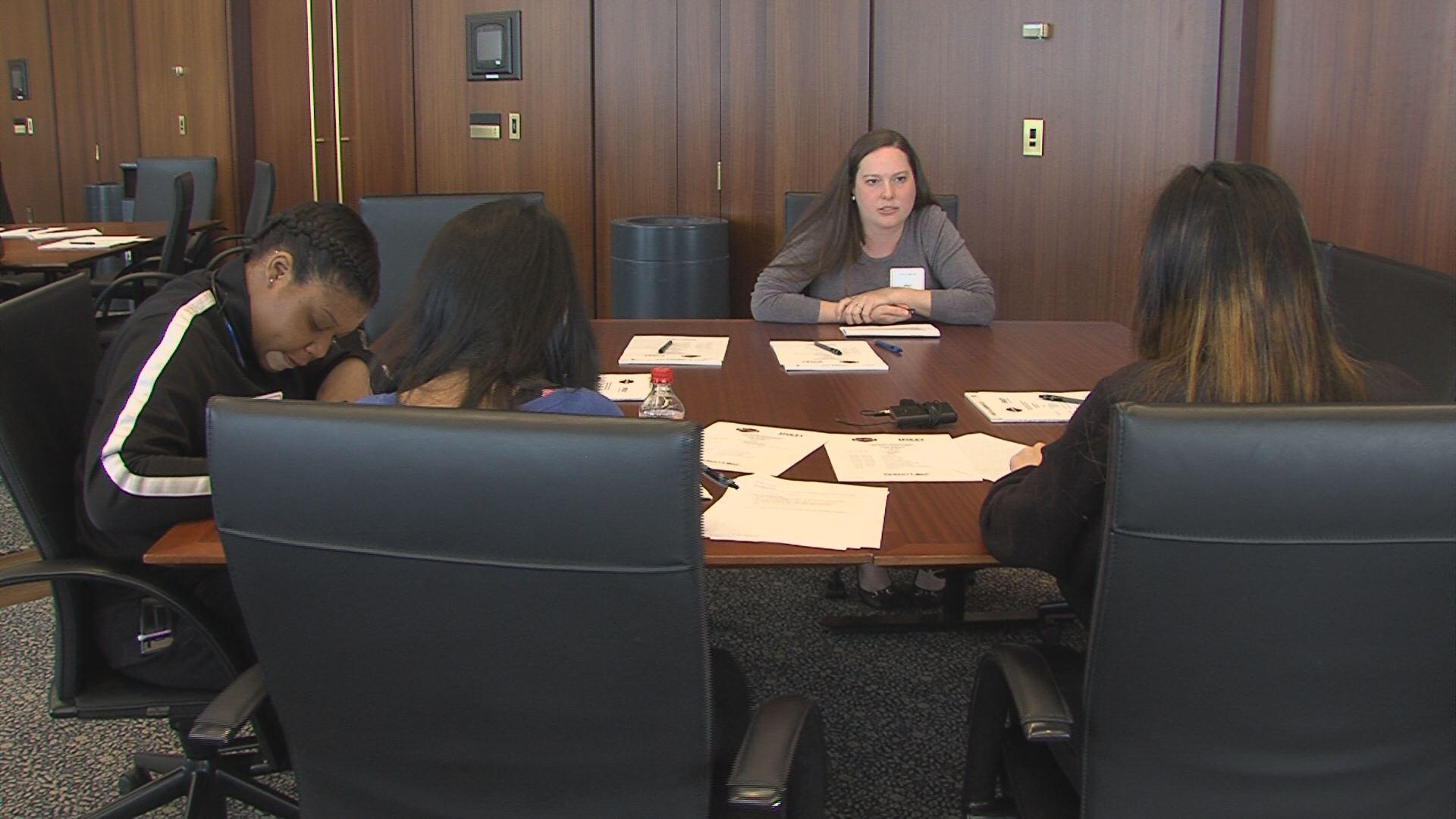 At a time when many students are winding down for the year, CBS 58 News found some students who were diving head first into the world of law and order.

On Tuesday, mostly freshman and a couple of sophomores from the Wisconsin Conservatory of Lifelong Learning got a real taste of  what it's like to litigate.

It was a local version of Street Law which is an international program aimed at reaching students at a critical age when deciding their career paths.

Foley and Lardner set up a mock case, this time it's sexual harassment.

Harley-Davidson is partnering with the law firm for the second year and hoping to expand the concept of what it means to be in the law.

\"They're in their teenage years, between what they experiences in real life and see on movies we're relatively tame, but it's real stuff,\" said Becky House of Harley-Davidson.

Nobody was asked to declare a profession just yet. The argument here was just be excited about it.

\"I had a back and forth and experienced it. Maybe the students say  I can do that, it would be fun it would be interesting,\" Foley partner Pat Quick told CBS 58 News.

\"It was hard but fun,\" concluded freshman Syla Keonoukhoun. \"I didn't think it was going to be that hard because we still don't know who was telling the truth or not.\"