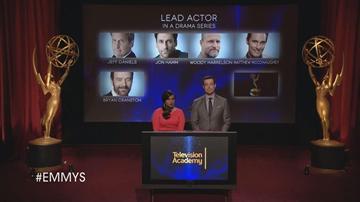 MILWAUKEE -- They make us laugh, cry and live out our fantasies.  But a new reality was clear when the 66th Emmy Award  nominees were announced Thursday: non-traditional TV is taking over.

\"I binge-watch House of Cards [on Netflix],\" one Milwaukee-area viewer said.  \"Pretty obsessed with it.\"

\"Orange is the New Black and I watch all of House of Cards,\" another viewer said.

Two shows that helped Netflix grab 31 Emmy nominations for its online streaming -- a number most viewers aren't surprised by.

\"You can watch it all at once and you don't have to wait for the episodes to come through,\" viewer Beth Ratway said.

Cable network shows like Game of Thrones, Breaking Bad and Mad Men did well  too.  In fact, every nominee for Best Drama Series came from non-network TV sources.

\"The envelope gets pushed further in cable, especially premium cable and in these streaming services than it does it broadcast TV,\" Levine said.

Levine says network TV needs to be watchable across broader audiences.  She adds there's a big difference between \"most popular\" and \"most watched.\"

\"Broadcast network TV and its affiliates are not going away, I don't think,\" Levine said.  \"But, they're not going to have the dominance that they once did.\"