Stranded at the airport, soldier watches his daughter's birth on FaceTime 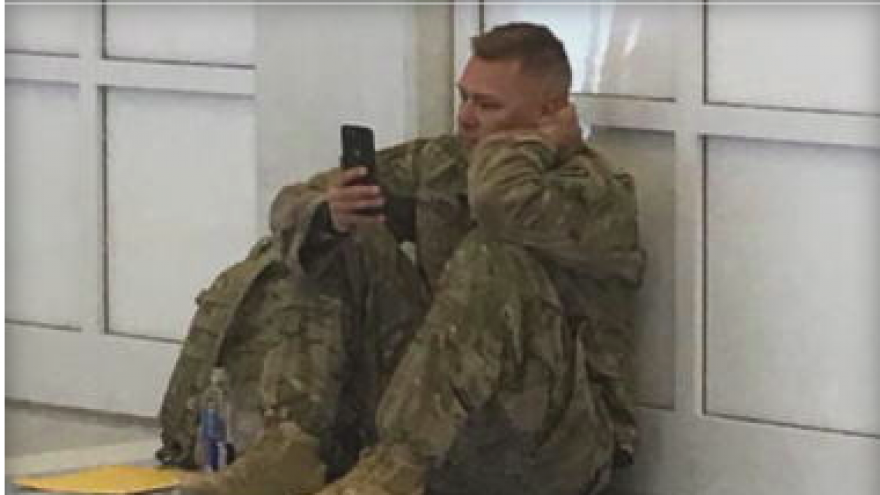 JACKSON, Miss. -- Brooks Lindsey wears the uniform of an Army specialist, but now he's concentrating on his latest assignment as a proud new dad.

Baby Millie was coming earlier than planned, so Lindsey was rushing from El Paso, Texas, where he was training, to a hospital more than 1,000 miles away near his hometown of Brandon, Mississippi. He wanted to be next to his wife Hayley to witness the birth of his daughter.

But his travel plans hit some turbulence when his flight was delayed twice for maintenance problems. His mother was FaceTiming the delivery at the hospital, while he was at the airport, watching his wife give birth to their first child on his phone.

Tracy Dover was on the same flight, and recorded the father's emotional reactions in real time.

"I'm thinking, Oh my gosh," she said. "He's watching his baby be born on the phone and it was the most gut-wrenching, heartbreaking thing I'd ever seen."

Tracy also snapped a picture of the nervous dad, as he watched his baby take her first breath.

"When we heard the baby cry, then just that whole section that was heading to Mississippi just started cheering," Dover said.

That video has since been watched and shared by hundreds of thousands of people, and this new dad now knows he wasn't alone during that special moment.