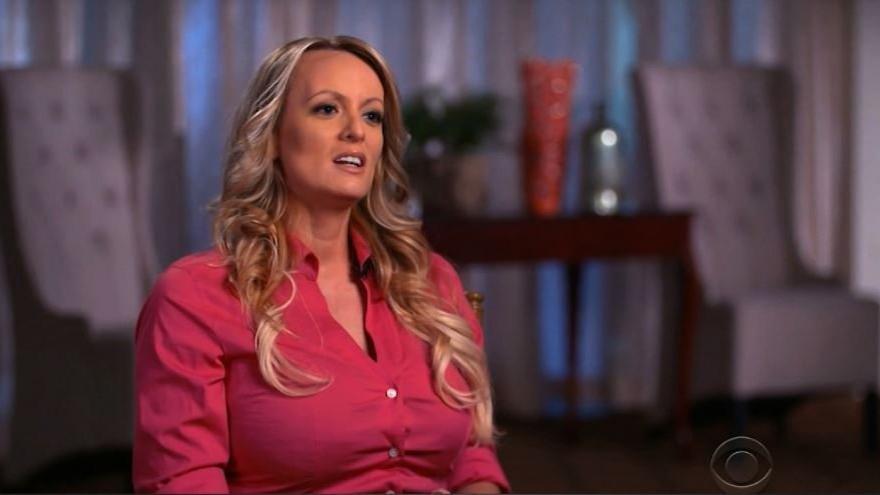 Avenatti, who's become a frequent guest on cable TV networks since becoming Daniels' attorney, tweeted about the arrest:

Just rcvd word that my client @StormyDaniels was arrested in Columbus Ohio whole performing the same act she has performed across the nation at nearly a hundred strip clubs. This was a setup & politically motivated. It reeks of desperation. We will fight all bogus charges. #Basta

She was arrested for allegedly allowing a customer to touch her while on stage in a non sexual manner! Are you kidding me? They are devoting law enforcement resources to sting operations for this? There has to be higher priorities!!! #SetUp #Basta

We expect her to be released on bail shortly. We also expect that she will be charged with a misdemeanor for allowing “touching.” We will vehemently contest all charges. #Basta

My client @StormyDaniels will issue a plea of “Not Guilty” to the three misdemeanor charges.

Official Statement From @StormyDaniels: As a result of what happened last night, I will unfortunately be unable to go forward with tonight's scheduled performance. I deeply apologize to my fans in Columbus.

An Ohio law known as the Community Defense Act bars any non-family members from touching a nude or semi-nude dancer, according to The Associated Press.

Avenatti told the AP the arrest was "a set up." He told WBNS he has "reason to believe it was politically motivated. There's no question these officers were undercover at that strip club. They knew my client would be performing there and I find this to be a complete waste of resources."

The station cites an arrest report as saying Daniels began dancing around 11:30 Wednesday night. During her performance, officers in the club said they witnessed Daniels using her bare breasts to smack patrons. The officers also said they observed Daniels fondling the breasts of female patrons.

The report says that when the officers approached the stage, Daniels held the face of the female officer between her breasts. It also says she did the same to a male officer. The report adds that Daniels fondled the buttocks and breasts of another officer. At that point, court documents state that a fourth officer exited the club to request assistance to make an arrest.

Daniels, 39, says she had sex with Mr. Trump in 2006. He was married to Melania Trump at the time and has denied Daniel's claim.

Daniels is suing the president and his former longtime personal lawyer and fixer Michael Cohen, and trying to invalidate a nondisclosure agreement she signed days before the 2016 presidential election.

Cohen allegedly paid Daniels $130,000 to keep quiet about her sexual encounter with Mr. Trump. The payment might have violated campaign finance laws.