Storms This Morning, More in the Forecast This Week! 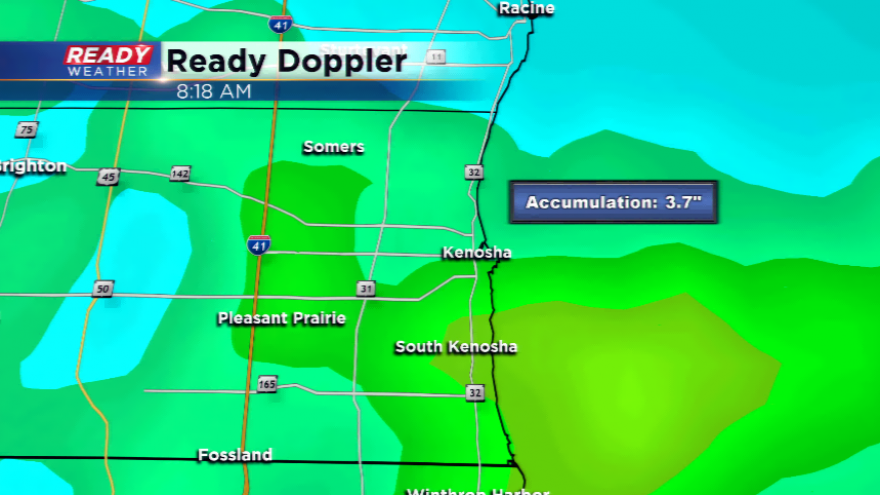 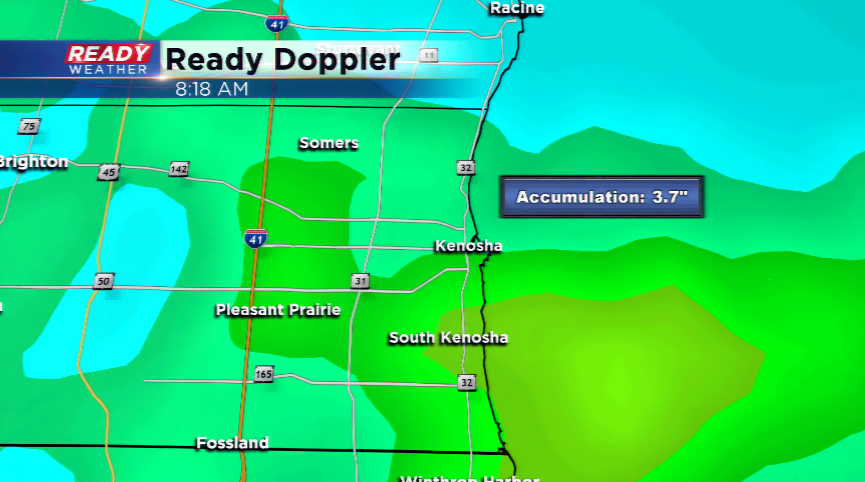 Update (8:20) - Flash Flood Warning for Kenosha County was allowed to expire at 7:15 this morning.  Doppler radar indicated reports of over 3" of rain were calculated in parts of Kenosha County, near the City of Kenosha.  A number of streets and intersections were flooded out with high water.  With the rain pushing out, expect the waters to recede, but there will be problems areas for today.  Do NOT enter standing water! Turn around don't drown!

A complex of showers and t’storms raced through the southern tier of the state this morning. There were reports of flash flooding and big time rainfall in the Madison area was the story. Totals exceeded five inches in parts of the Madison metro. In southeastern Wisconsin, it was mainly lightning and brief heavy downpours as the storms slowly moved east. 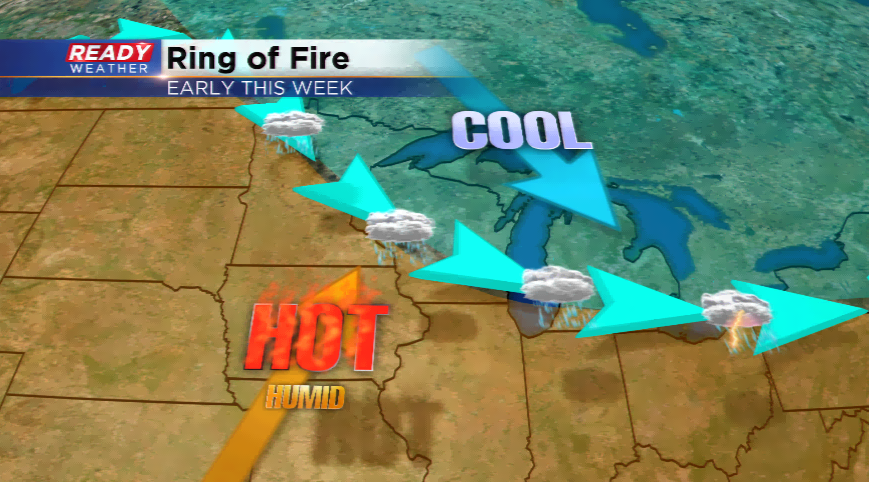 It could be an active start to the week with storms in the forecast. Scattered showers or storms are possible again throughout today. Another round of showers and storms are 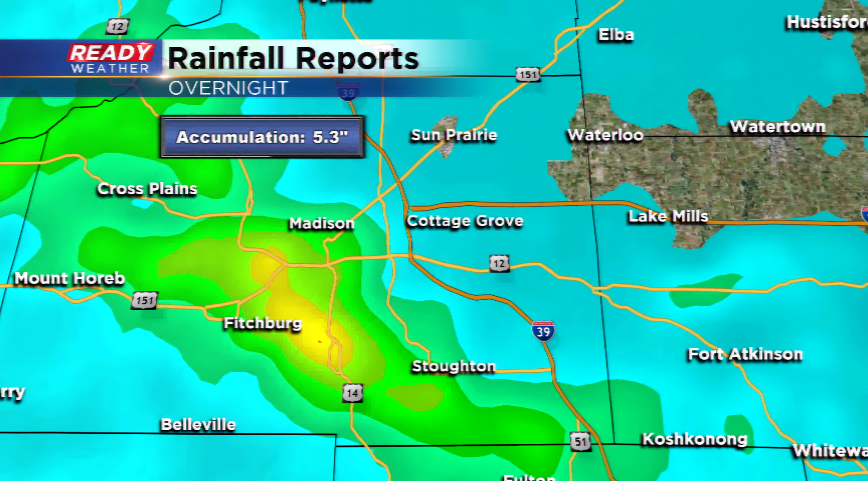 expected overnight Tuesday and Wednesday morning. Some of these storms could be strong to severe. The atmosphere will slowly recover on Wednesday as it will turn hot and humid. Highs are expected to 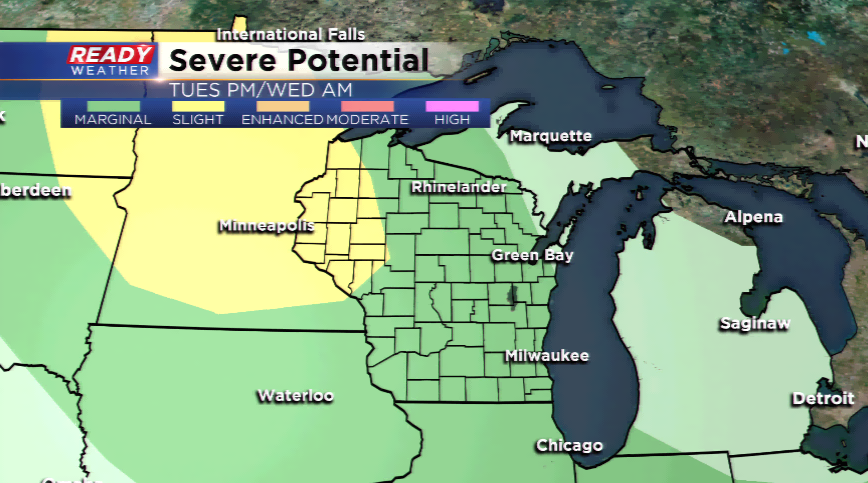 jump to near 90. This will help destabilize the atmosphere and lead to more strong to severe storms later in the day.

Cooler air filters in by the end of the week with highs tracking back down below average in the upper 70s.