Storms Coming To An End 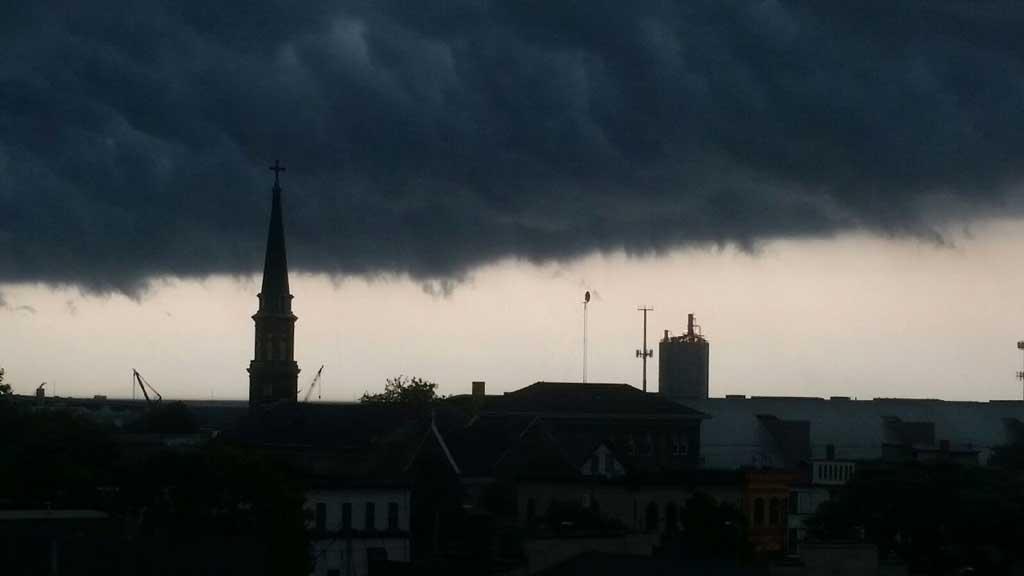 8PM UPDATE: Our second batch of severe thunderstorms is coming to an end.

Much needed rain has pushed through the area today. Morning storms dropped a quarter to nearly three-quarters of an inch of rain across parts of the viewing area, mainly north and eastern spots. Take a look the rain reports from the early storms: 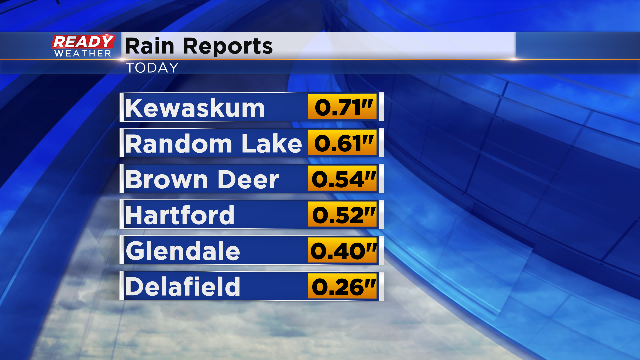 The rain and lingering clouds kept temperatures down for a bit early this afternoon and as a result the National Weather Service downgraded our Excessive Heat Warning to a Heat Advisory. However, we recovered on temperatures as the sunshine broke out during the afternoon. The temperatures along with high humidity levels still produced dangerous heat index levels. Here's a look at some of the highest values. 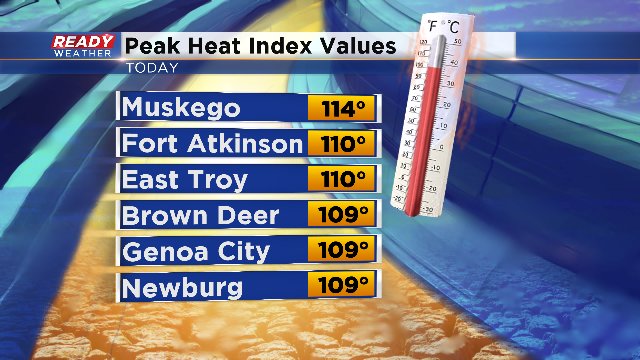 Milwaukee had a peak heat index today of 103° and most other locations reached the century mark too! The excessive heat will continue to stay with us through Friday evening.

Our later afternoon and evening attention then shifted to a second batch of storms, which also turned severe. Because of the dry conditions some areas may be dealing with some flooding and ponding due to another round of quick moving heavy rain. The flooding issues should be confined to far western and southern parts of the area. We also experienced gusty winds with many spots reports gusts around 30-45 mph. While we escaped widespread damage, trees down and sporadic power outages were reported.

Here's a look at estimated rainfall with our radar system. Isolated spots may have received over an inch of rainfall total today in the green shaded area.. 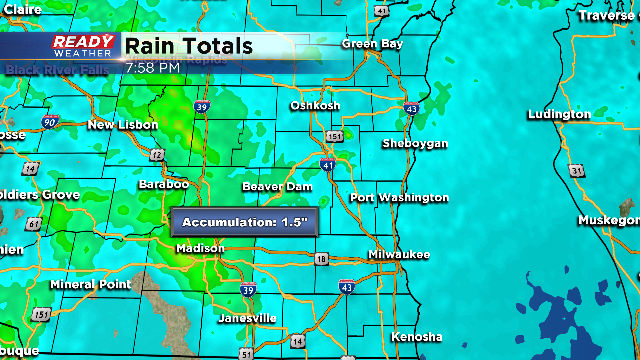 The good news is that our storm threat is now over and soon the heat will ease too. As always, you can download the CBS58 Weather App to keep tabs on temperatures while conditions stay warm through this weekend. Additional storms will also be a possibility late Saturday into Sunday morning. We'll continue to monitor conditions closely in the CBS58 weather center.