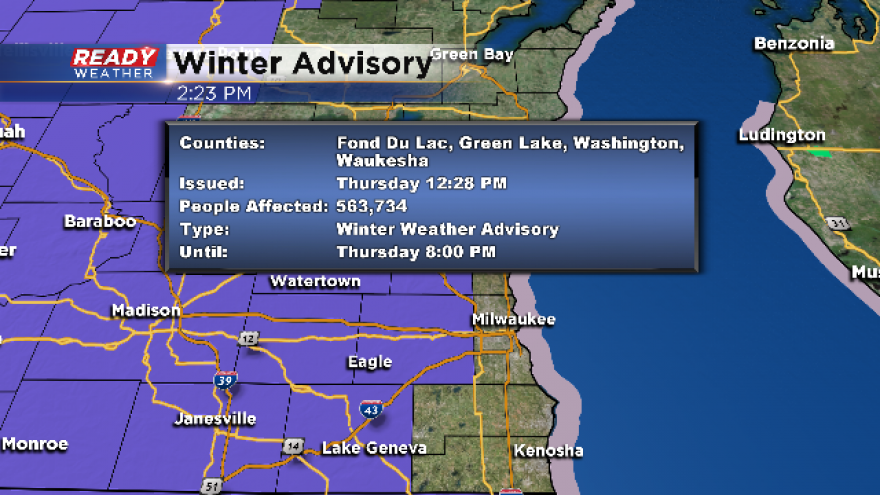 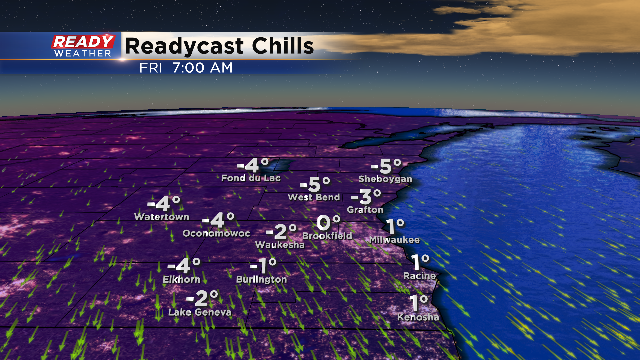 No real changes to the current forecast.  Even though the majority of the precipitation will be over when the surface temperature drop to freezing, patchy freezing drizzle could create slick areas on elevated surfaces.  The other issue with freezing temperatures will be road and sidewalk moisture freezing.

Wind chills overnight will hover around 0 in many spots.  Brace yourself for the cold over the next several days. 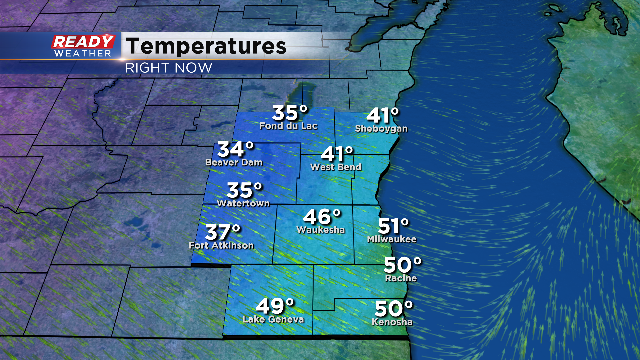 Temperatures are dropping 10 degrees over a two hour span.  Milwaukee still remains mild; however, that will change by 6 pm tonight.  The lakeside counties will likely remain out of a winter weather advisory due to the delayed drop in surface temperature.

A brief mix of rain, sleet, or freezing rain is possible from now until 8 pm.  A sudden drop to freezing temperatures known as a flash freeze remains possible.  Slicks spots on roads could cause issues.. 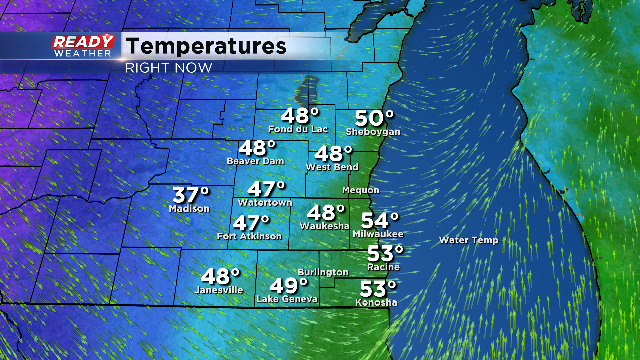 You can see the cold air plowing across Madison as we speak!  It looks like the major drop in temperature will occur between 3 pm and 5 pm.  The sudden onset of cold air will create some freezing on the roads.  In addition to a flash freeze, sleet or freezing rain or could create light icing.  The precipitation WILL linger through 8 pm.

The winds will be increasing so wind chills overnight will quickly fall into the single digits.

Noon Update: Milwaukee has so far reached 58 degrees! This sets a new record high for the day. The previous record was 57 set back in 1880. That's a ling standing record the city has managed to bust! In fact, Milwaukee also set a record high late yesterday when evening temps pushed into the 50s. 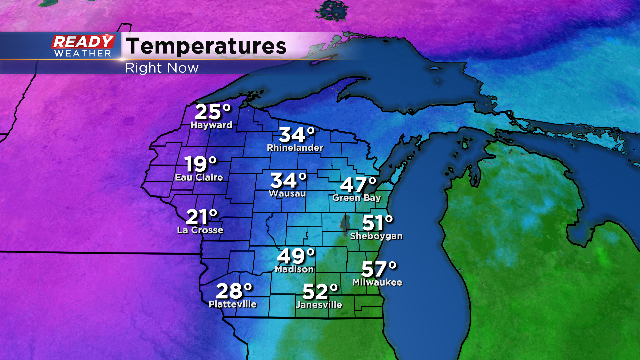 Now, when you walk outside, you would swear this is not the midst of winter or January. The temperatures in the early morning hours were close to 60 degrees, a normal temperature for an overnight in mid-June! This unbelievably warm air mass will only last for a chunk of today before returning back to normal.

Low pressure will power through the center of the state and scoot east. Rain is possible on and off through the afternoon hours, then from west to east we will see a transition to a wintry mix. The big problem later this evening is the sharp drop in temperatures. That will lead to any dampness or wet pavement to possibly flash freeze. If the cold air comes quicker, it could switch over to snow sooner and add an inch in some spots. 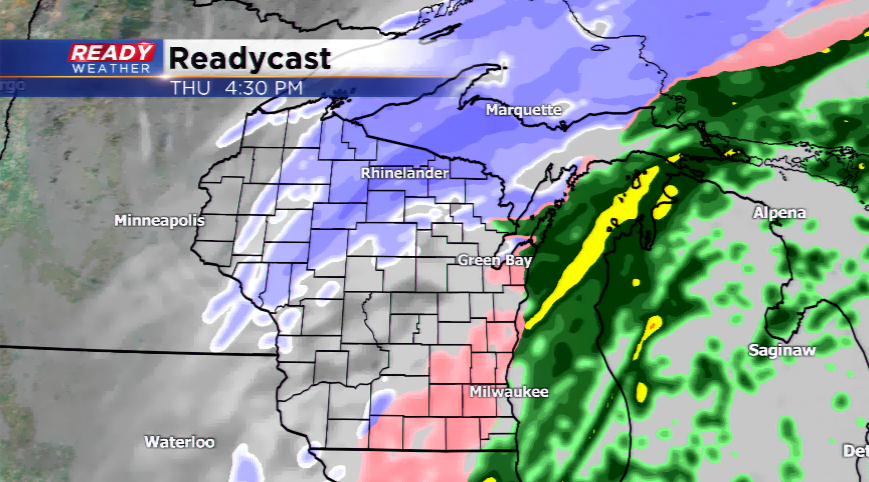 Expect travel delays and hazardous condition from late this afternoon into Friday morning. Give yourself plenty of extra time if you have to be somewhere, and if you don’t have to drive, stay home.  There is a Winter Weather Advisory that will go into effect at 1pm this afternoon until 8pm this evening for our western counties.

A shot of arctic air will follow this storm system. Temperatures drop like a rock tonight and for the rest of the week and weekend. The highs will fall into the teens, while the lows and wind chills could plunge below zero.