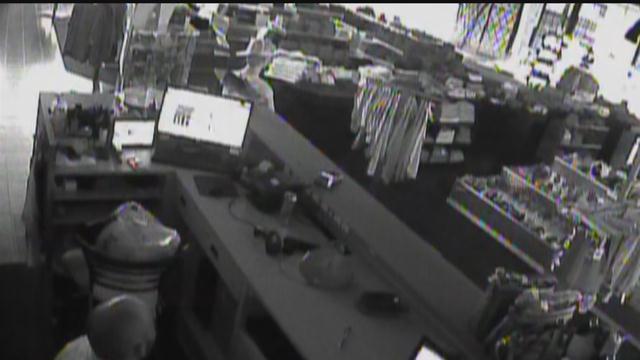 A Milwaukee store owner talks about his personal campaign to fight back against violence. He's also showing us surveillance video of the most recent attack by would-be robbers.

It happened at Bouchard's off of North MLK Drive and Meinecke Avenue. The store sells, designer jeans, hats and shoes. Robbers were trying to break in at 4 a.M. but to their surprise the owner was inside with a gun ready to shoot them.

\"I believed that they were going to kill me,\" said Bouchard's owner Rami Murrar.

The surveillance video shows a van crashing into the store, then three men trying to break in. A few moments later Murrar starts shooting at the would-be robbers.

\"Right away, I was scared for my life. I reached for my gun and that is when everything happened,\" said Murrar.

Police said there were at least three men involved in the attempted robbery, but only mcway has been arrested.

He appeared in court Monday morning and was bound over for trial.

The store owner will not be charged for shooting at the alleged robbers.