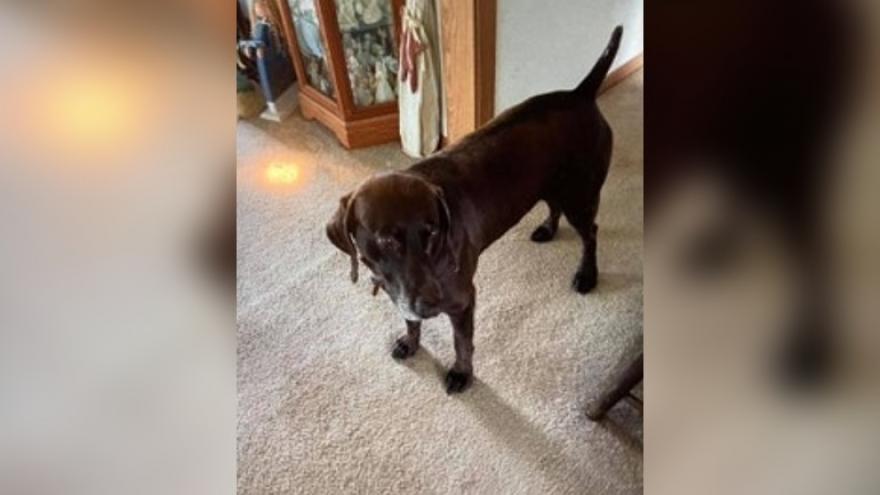 MAZOMANIE, Wis. (CBS 58) -- The Dane County Sherriff's Office located and retrieved a stolen dog early Sunday morning, Nov. 14, that had been taken on Tuesday, Nov. 11, in the Village of Mazomanie.

Officials say that Jackson, a 13-year-old German Short Haired Pointer, was taken from his home in Mazomanie on Thursday, November 11 between the hours of 6:00 a.m. and 2:40 p.m.

No forced entry into the home was reported and nothing else was taken from the residence except Jackson.

Authorities then reportedly responded to the caller's residence Sunday and retrieved Jackson.

Reports indicate that a woman has been arrested in this case for burglary and theft of a domestic animal.

The Dane County Sherriff's Office announced that Jackson was returned safely to his owners.