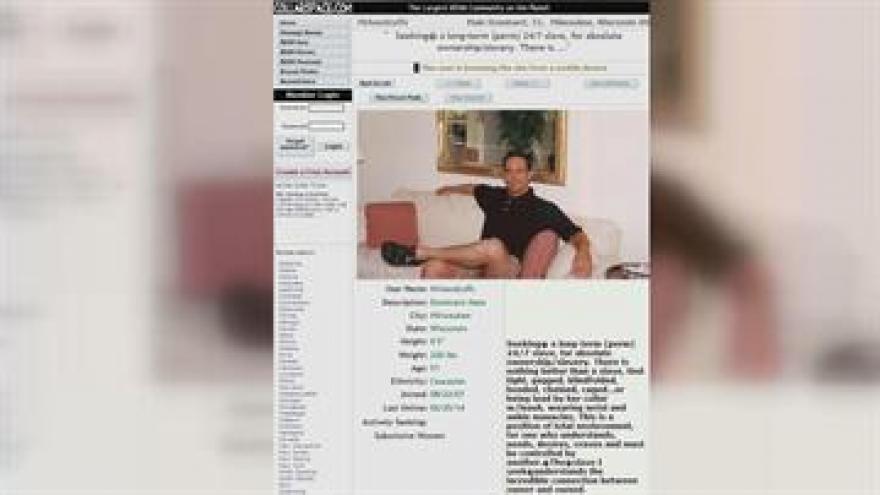 CBS 58 did an internet search and turned up a number of results.

On there, Zelich is pictured sitting on a couch and goes by the name \"Mr. Handcuffs\"

He describes himself as a dominant male.

According to the site, he joined in 2007 and last logged on Wednesday, the day his home was raided and he was arrested.

The  description of what he's looking for on  collar space is very specific to total enslavement.

He says in part

In a public Yahoo.com group called \"Masterb_slave_club\", Zelich said he's the one who wants to be enslaved, ideally in a farm/caged situation.

This an online missing persons ad looking for Laura Simonson, one of Zelich's alleged victims, it describes Zelich as keeping the 37 year old naked, handcuffed, shackled and caged, with no intention of ever releasing her.