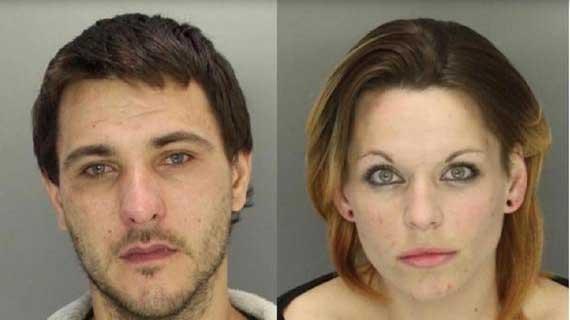 QUARRYVILLE, Pa. (CBS NEWS) — A Pennsylvania woman has been jailed on charges she fed her 4-year-old stepson laxative laced beans and hot sauce, and otherwise insulted him over her apparent frustration over potty training.

Thirty-one-year-old Danielle Miller was in the Lancaster County jail unable to post bond on aggravated assault, child endangerment and other charges. The boy’s father, 30-year-old Nathan Duke, is also jailed on conspiracy and endangerment charges because police say he did nothing to stop the abuse.

Police say Miller also locked the boy in a closet for hours and sometimes teased him by scratching the walls and saying rats were coming to get him. He was also beaten, burned, bound and insulted by Miller who allegedly called him a “pig” with a “stupid ... ugly face.”