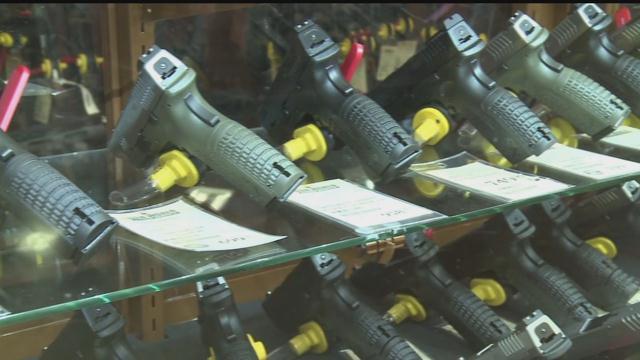 We've seen recent cases of guns in places you wouldn't expect. From a sub shop where a worker chased after robbers to Wednesday night's accidental shooting inside the Sobelman's Pub on Wells.

So who should be held responsible when things like this happen?

We've all seen them: The signs on businesses and restaurants saying, "You can't bring your concealed weapon in here."

But one lawmaker says if concealed carry weapons aren't allowed, that business should pay up if someone gets hurt.

"It may be screening guests prior to them arriving, knowing who your guests are, having armed security. There's many ways to keep safe, and it becomes your responsibility," said State Representative Bob Gannon.

That is what Gannon suggests businesses do if they don't allow concealed weapons.

Sobelman says he's not taking sides. He doesn't want guns at his restaurant, but he also doesn't have signs prohibiting it.
He says his guests are no less safe.

"I'm not the Milwaukee Bucks, Milwaukee Brewers, the Green Bay Packers. I can't afford and I don't have the venue that people are waiting to get in line and see. If I put up metal detectors and search everyone, people would give up on me and stop coming," he said.

Right now, a victim has to fight in court to be paid damages if they're hurt at a business that doesn't allow concealed carry.

Under Gannon's proposal the business would be responsible.

"If you don't allow weapons, you must protect your guests. If you don't you're strictly liable, you're at fault for the claim and you'll pay three times the damages," said Gannon.

Something State Representative Mandela Barnes says will push businesses away from Wisconsin.

"Triple damages! He wants to be punitive to businesses who seek to keep their customers safe," said Barnes.

Sobelman, who dealt with a shooting in his business Wednesday night says with or without a sign this could happen anywhere, and has some advice.

"If there's an establishment I feel threatened in, I just might not go there," he said.

It's important to note: businesses that do allow concealed carry in Wisconsin are not liable if something happens on their premises.

Representative Gannon says tweaks will still be made to his proposed bill before it's introduced in January of next year.