State Representative is Upset about the Process to Remove the Dam 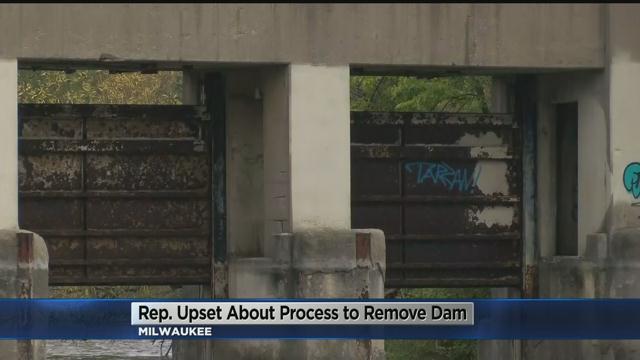 Sanfilippo said the law was only written to help move along the bucks arena deal last year.

He is concerned that abele is setting a precedent that would allow him to sell county parks without going through the county board.

CBS 58’s David Ade asked Abele about this, and Abele said he's using this law because many people of Milwaukee County want the dam gone.

Abele said the county board is just stalling.

Sanfelippo wants Abele to back up a few steps.

"Take your case to the county board, you guys resolve it between the two branches, and that's the way it has to go,” said Sanfelippo.

"Obviously, I did encourage the county board for 2 1/2 years to take a vote on this.  And at some point their refusal to take a vote is disenfranchising the majority of constituents,” said Abele.