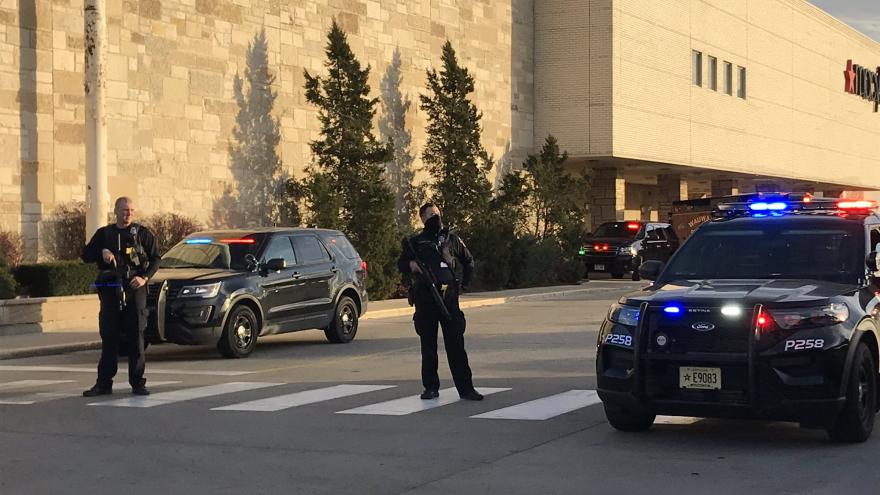 Governor Tony Evers issued a statement on Twitter Friday evening, offering support for the victims and the Wauwatosa community.

We are also thinking about all the customers and workers affected by this act of violence and are grateful for the first responders who helped get people to safety. As we learn more, we offer our support for the entire Wauwatosa community as they grapple with this tragedy.

The tragic violence at Mayfair Mall in Wauwatosa today is horrifying. My heart breaks for the victims and their loved ones. Thank you to our first responders for their brave and rapid response.

"I am profoundly shocked by the shooting this afternoon that left eight people wounded inside Mayfair Mall," Common Council President Cavalier Johnson wrote Friday. "The senseless burst of gunfire inside what we know is one of the busiest and most popular malls in the region is deeply disturbing, and tonight I offer thoughts of sympathy and healing to the victims."

Representative Robyn Vining and Senator Dale Kooyenga released a statement in response to the shooting, saying in part:

“My concern is with those injured, their loved ones, and all those exposed to the violence.
It is important to understand the psychology of the ripple effect of those injured, and those exposed to violence. These incidents produce trauma that is critical to acknowledge, to address. We need to ensure access to trauma support. The violence doesn’t disappear when the incident concludes."

“As details continue to come in, one thing is clear: an act of evil has been perpetrated on our community. I join all Tosans in praying for the recovery of those injured and for their loved ones. I thank the Wauwatosa Police for their quick response, and I am confident they will bring the individual responsible for this horrendous crime to justice.”

Milwaukee's Office of Violence prevention offered its thoughts to those impacted by the shooting and offered resources for support, issuing the following statement:

"In an unprecedented year for gun violence across the country we are faced with yet another tragic and preventable mass shooting. Our thoughts are with the victims, staff, shoppers, and everyone impacted by this incident. We commend the quick actions of mall staff and first responders in assisting families to safety and the life-saving efforts of the trauma unit at Froedtert Hospital.

The impact of gun violence stretches far beyond those killed or injured, but impacts their families, friends, co-workers, and entire communities. These events can be especially traumatic for children and youth.

If there are any families in need of counseling support for children or teens that may have been in the mall at the time, we encourage them to contact the Milwaukee Trauma Response Team at: 414-257-7621."