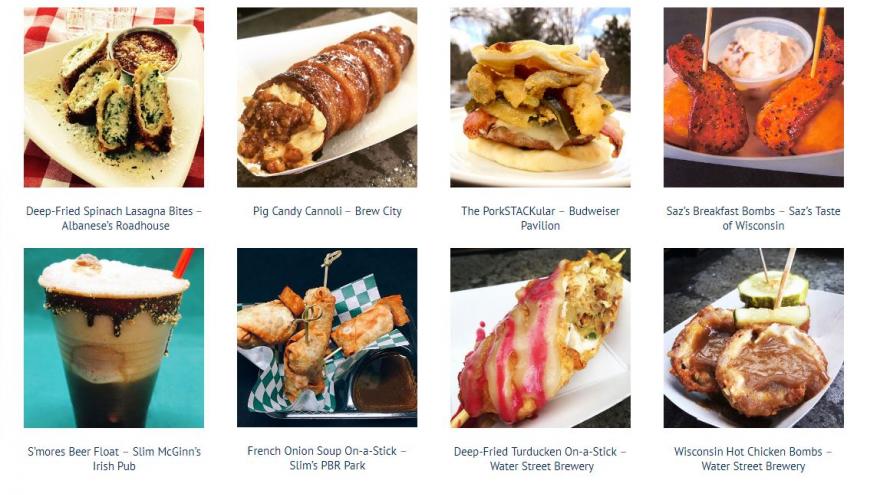 WEST ALLIS, Wis. (CBS 58) -- The Wisconsin State Fair has announced the finalists for this year's sporkies. The eight finalists have been selected from 31 entries, and a panel of local celebrity judges – with some help from fairgoers – will choose the winners at 11:00 a.m. on Wednesday, August 8.

Fairgoers are encouraged to participate in judging during the fair by sampling all of the Sporkies entries and voting for their favorite. The entry with the most votes will receive the Sporkies trophy for Fairgoers’ Fave. Votes can be cast via Facebook voting app, Twitter and Instagram using #FairgoersFave, text message keyword, or paper ballot at the Guest Services Pavilion, located on Central Avenue near Central Park and the Exposition Center. Voting for the #FairgoersFave will be open from Thursday, August 2 to Tuesday, August 7.

See a full list of all the 31 entries below.