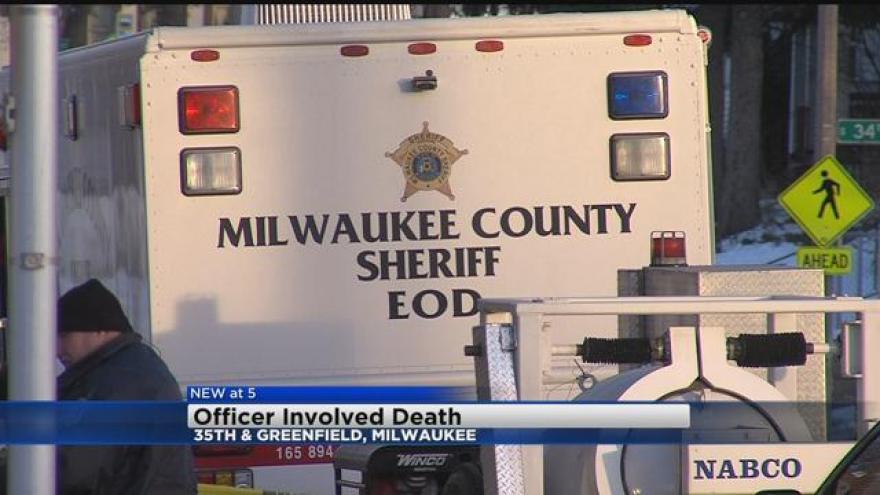 The State Department of Justice confirming for CBS 58 News Friday that it is investigating an officer involved death from Milwaukee's south side.

It was on a Thursday that CBS 58 documented a huge police presence at 35th and Greenfield.

Several agencies, from MPD to the Sheriff's Office to the ATF and bomb squad were on scene.

The following day a one sentence statement from the DOJ read:

"This critical incident is being treated as an OID investigation and the Wisconsin Department of Justice has been asked to lead the investigation."

CBS 58 News viewers in the area have been calling with concerns.

Surveillance video shows a man running and then a large group of officers chasing after him.

The homeowner who shared the video says it looked like the man was holding the gun to his head.

Witnesses also report hearing somebody shout "fire in the hole" and at least one bang.

This is an indication some type of device was detonated on scene, but nobody is saying if explosives were recovered.