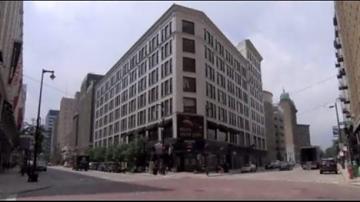 MADISON -- It's turned out to be a lot more expensive than anyone thought, and so tonight state lawmakers are reconsidering a new tax credit designed to promote the preservation of historic buildings.

The idea was to boost interest in preserving and restoring historical buildings by offering a higher level state tax credit.

The Wisconsin Economic Development Corporation has been  approving those credits this year, but now says the demand is becoming too much to handle.

\"When the government gives away money, there's always a long line for that.\" said state senator Glenn Grothman (R-Campbellsport).

Grothman, also a republican candidate for Congress, is putting on his I told you so hat.

He was one of only two state senators last year to vote against a bill to increase tax credits for work on historic buildings.

\"So many people are lining up and maybe the credit was a little too generous”, Grothman said Tuesday.

The generous credits Grothman is talking about not only doubled the state incentive for work on historic buildings, but also added a new credit for buildings that are not considered historic, but were built before 1936.

State officials estimated over the course of all of 2014, the credits would total about 4-million dollars.

Saying that’s almost 10 times more than what was expected for the entire year.

Two Milwaukee projects by themselves, at the Posner building and the Pritzlaf Hardware Company Building, each exceed the four million dollar mark.

The Economic Development Corporation says it kept approving tax credit applications because lawmakers never set a limit on how much money could be approved, but also say the 35-million in credits could mean about 180-thousand dollars in economic development in the state.