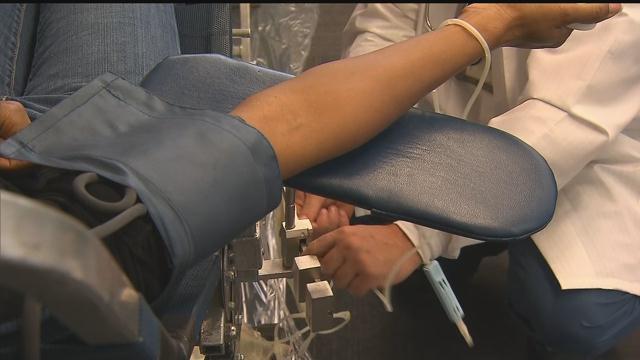 CBS 58—The Blood Center of Wisconsin is facing a staffing shortage and held a job fair Thursday to recruit phlebotomists.

“This is actually my passion,” said Ariel Lynch, who applied at the job fair.

Right now the blood center is looking for about 25 new phlebotomists.

“We really are experiencing an unusual need for phlebotomists right now,” said Fay Spano, director of public relations for Blood Center of Wisconsin.

In fact some smaller blood drives have had to be postponed until the positions are filled.

The staffing shortage comes as the blood center approaches a critical time of year.

“We want to make sure we can continue to schedule blood drives as we reach the season where blood donations are critically important,” Spano said.

Spano says donations often drop off in November and December because people are busy with the holidays.

“This is the time of year when we make a very strong push for people to come out and donate blood,” Spano said.

The Blood Center of Wisconsin has about 500 donation drives scheduled in southeast Wisconsin between now and the end of the year. The goal is to get candidates, like Lynch, so they have the phlebotomists to hold all those drives.

If you’re interested in applying for a job with Blood Center of Wisconsin, or donating blood, click here.