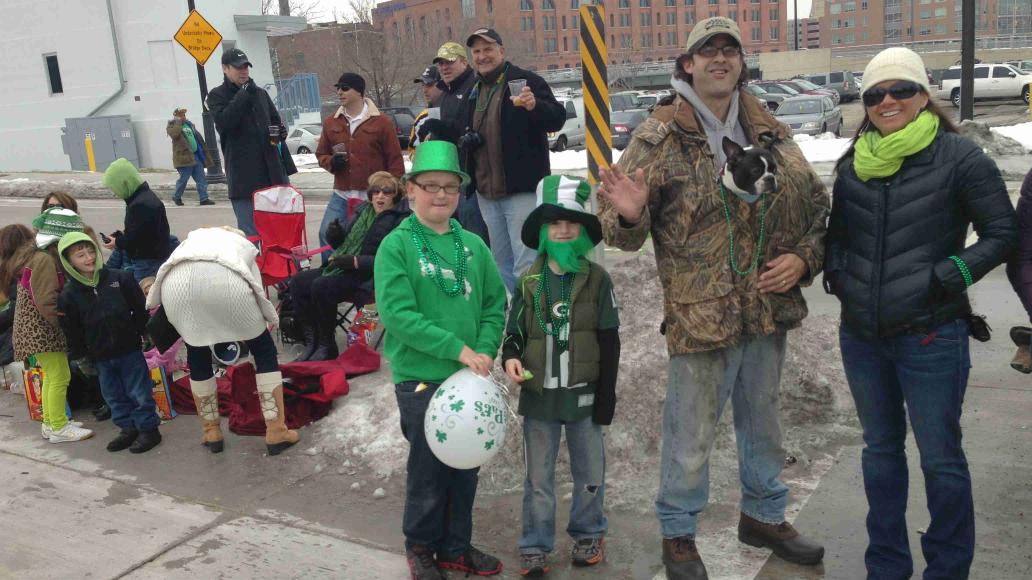 The Shamrock Club of Wisconsin's 49th Annual St. Patrick's Day Parade will make its return to Downtown Milwaukee on Saturday, March 14th at Noon. The parade steps off on Wisconsin Avenue at Old World Third Street and will wind its way through the streets of Downtown Milwaukee.

Parade Director Michael Boyle was on the CBS 58 morning news reminding viewers that Milwaukee is a very Irish town and that attention need not only go to Chicago and Boston around the holiday.

Building on a successful partnership, the Shamrock Club of Wisconsin and the Westown Association, along with presenting sponsor Killian's Irish Stout, are collaborating on Wisconsin's oldest and largest St. Patrick's Day celebration. Although the Shamrock Club of Wisconsin is celebrating its 49th anniversary of producing the parade, the event dates back to 1843. It predates the incorporation of the State of Wisconsin and the City of Milwaukee. Milwaukee's parade is the sixth oldest in the nation.

This year's parade will feature over 140 units including Irish dance groups, pipe and drum corps and local celebrities and dignitaries. The Friends of St. Patrick, in partnership with the Hunger Task Force, will collect non-perishable food donations during the parade. Volunteers will walk the parade route with grocery carts collecting the donated food items.

Along with the parade, the Westown Association has planned a week of Irish entertainment and celebrations. The schedule is as follows:

Free to the public

Volunteers are still needed to march in the parade and carry banners, click here for more information

For activities elsewhere in Southeast Wisconsin