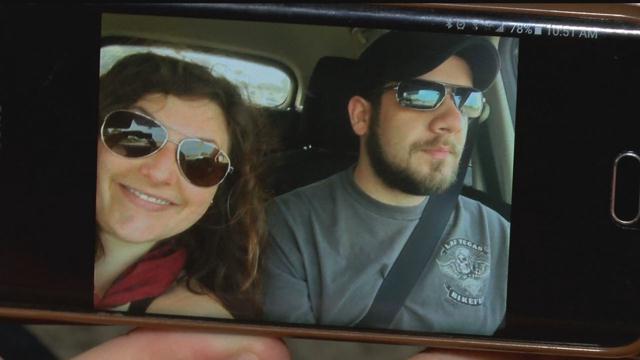 A man has been charged with 'child neglect' in Green Bay after his one-year-old son was rescued from the inside of a mini-van.

Investigators say it happened in the heat of Sunday afternoon. The van's window were down only about an inch, witnesses said.

A couple from St. Francis stepped in to remove the child from the vehicle. Alex Goldberg and his wife stopped at Titletown Brewing Co. on the way back from canoeing the Peshtigo river.

"And as we were walking away from the statue we heard a baby just screaming and crying," Goldberg said.

"And he was strapped into a car seat of the mini-van and it just sounded like he was in distress. It wasn't a normal 'I'm crying because I miss somebody'. It sounded like something was wrong," Goldberg said.

At the time the child's parents were no where to be found but Andrew Yee would later be identified at the one-year-old's foster parent.

Witnesses told police he was eating lunch on Titletown's patio and he told authorities he was checking on the child every 4-5 minutes.

Goldberg said that's untrue and his wife squeezed her hand through the cracked window, unlocked the door, and opened the van after 15-20 minutes.

"And they didn't come over until the sirens came," Goldberg said.

"The first moment this started I was baffled when the father walked up to the car that was surrounded by the police because it seems like he just didn't understand or comprehend what he had done wrong or what the problem was here," Goldberg said.

"My wife's holding this child and his clothes are dripping in sweat. I mean, it's like he got thrown into a pool. And all I could think of was how would you like to sit in the back of a car of a car when its 90 degrees inside for an hour and a half, two hours," Goldberg said.

The child was taken by ambulance to a local hospital for observation. Child Protective Services is now investigating.