Special Report: CBS 58 investigates the allegations against the owners of Milwaukee Blacksmith 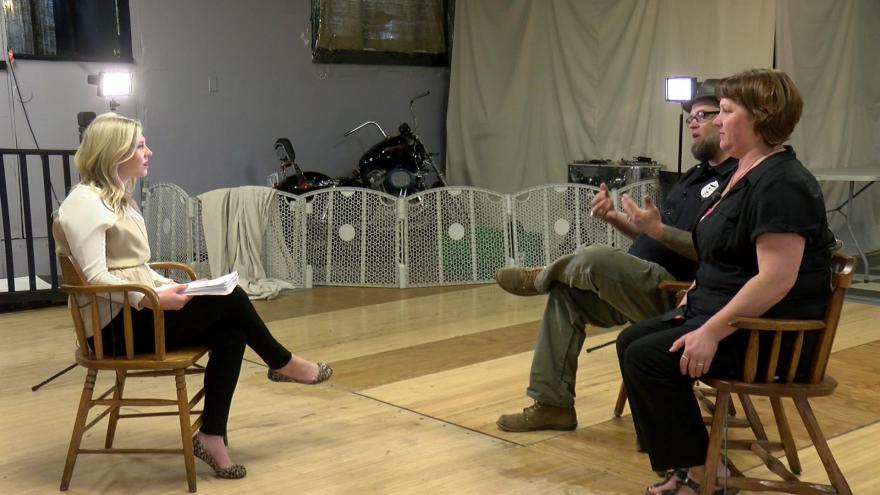 Changing the shape of iron and steel is what the Milwaukee Blacksmith does. But recently, they asked for financial help to keep their trade alive.

In February, CBS 58 spoke with the family run business. They were $8,000 behind in rent and their building was being sold. After that story aired, a viewer asked us to look into the family, saying that they can't be trusted.

"I don't want to see people being used."

While we found nothing criminal in their records, the family business does owe a lot of money. More than $50,000 and another $18,000 pending in court.

And while they've raised $25,000 in crowdfunding, none is going towards their debts. One of those lawsuits is a student loan for Shannon.

James Schwarz co-signed the loan in 2007 and was comfortable doing so because he'd known the family for years. So, he was shocked to learn most of it wasn't spent on school. She dropped out shortly after getting the loan. By the time James and Shannon were sued, the loan plus interest ballooned to $36,000.

"They weren't even willing to make that much of an effort after what I'd done for them. My responsibility was I did co-sign that loan, so I paid for it," said Schwarz.

The Knapp family currently has 3 cases pending in small claims court. We went to one of the hearings earlier this month.

One year ago, an old friend of the Knapps asked Milwaukee Blacksmith to build a chandelier and other goods.

"They have been waiting 11 months for this product. They wanted it back in their house in September for a grand opening of their new property," the lawyer said.

We brought these cases straight to the family. Kent and Shannon Knapp agreed to sit down with us to go over these accusations.

"Part of it was the fact that we were so consumed by the TV show. I fully intended to make his piece at all times. We just got overwhelmed with what was going on," Kent Knapp said in response to the chandelier accusation.

"Single-handedly our biggest mistake we've ever made," Kent Knapp said.

"We were both going to school, we were living off the loan, I spent half the money buying a relatively new minivan. The other half we used to pay bills and feed the family and cover our expenses while working and going to school," Shannon Knapp said.

Since we contacted the Knapps about this story, they have offered to pay James Schwarz back.

As for the other rulings, the Knapps say they are now working to make things right.

They paid the rent they owe their old landlord and have moved into a new building.

"Things have been much more steady for us," Kent Knapp said.

When asked how people can trust their business, Shannon said, "Eleven years in business, thousands of happy customers, five I would say not."

"I'm not trying to say don't patronize them, don't help them, whatever. It's everybody's choice, but I'm trying to say people should be aware of where you're putting your money or what people are doing with your money," Schwarz said.