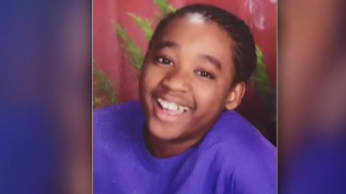 MILWAUKEE - A special Birthday celebration was held for a 13-year-old shot and killed by his cousin last summer. White it's been a difficult year for the family, the boy's memory has not been forgotten.

Giovannie Cameron's mother says her family is stronger than ever and they showed it by having those who love him come together to celebrate his birthday.

It was a celebration of life and a birthday party that 13-year-old Giovannie Cameron never got a chance to have. The teen was accidentally shot and killed by his cousin last Summer.

Giovannie's mom Devin says this past year has been hard for the entire family. "We hurt. I hurt for losing my son. He's hurt from his son using the gun. As a family, we just want everybody to understand that love overtakes all hate."

Dozens of Giovannie's friends and family showed up in all white as a way to remember him and celebrate what would have been his 15th Birthday. Guests danced, sang, and listened to music to honor the fallen teen. Loved ones say Giovannie had dreams of becoming a basketball player and a pastor.

Devin says while the pain of losing her son is still fresh, she forgives her nephew for pulling the trigger.

"When you lose a loved one from a loved one, the person who made that loved one didn't do it. I'm not mad at my brother's son, I'm hurt. I don't want them to think that I'm angry. I'm not angry. I'm just hurt," said Devin Cameron.

Gionvannie's cousin was charged with negligent use of a firearm by a juvenile. He claims the shooting was an accident. His family tells CBS 58 News that he is expected to be released from juvenile jail sometime next month.